The Woman King is a historical epic drama fictionalizing the lives of the Agojie, an all-women unit that protected the Dahomey kingdom of West Africa in the 17th and 19th centuries. The film is women-dominant, based on a women warrior unit, and the director, actors, and writers are all females. It also promotes the black community as the actors starring in the film are mainly Afro-American.

The film director is Gina Prince-Bythewood, and the writers are Dana Stevens and Maria Bello. Maria Bello pitched the idea of making a movie on the Agojie after she visited Benin, where the kingdom was. She tried to convert the story into a feature film in many studios, but they declined due to financial reasons. TriStar Pictures agreed to work on the project and started production in 2021. The production shut down for a short period due to Covid but resumed in 2022.

The film was released worldwide on September 9, 2022, at the Toronto International Film Festival. The movie premiered in American cinemas on 16 September 2022 through Sony Pictures. The Woman King received positive reviews from the audience and critics, and the actors were praised worldwide. The film collected $20 million in the opening weekend.

Viola Davis, as General Nanisca, was the leader of the all-women army unit Agojie. she had a rough childhood which made her strong and the leader of Agojie. Lashana Lynch plays Izogie, Nanisca’s right hand. She was close to General Nanisca. Sheila Atim played the character of Amenza. She is one of the closest friends Nanisca has. John Boyega as King Ghezo, the latest ruler of Dahomey. Thusu Mbedu as Nawi.

She is an Agojie enthusiast, but her wish to join the Agojie is opposed by his father. Hero Fiennes Tiffin as Santo Ferriera. He is a Portuguese colonizer who visits King Ghezo in search of more enslaved people. Jordan Morgan plays the character of Malik, who accompanies Ferriera to Dahomey to pay homage to her dead mother. 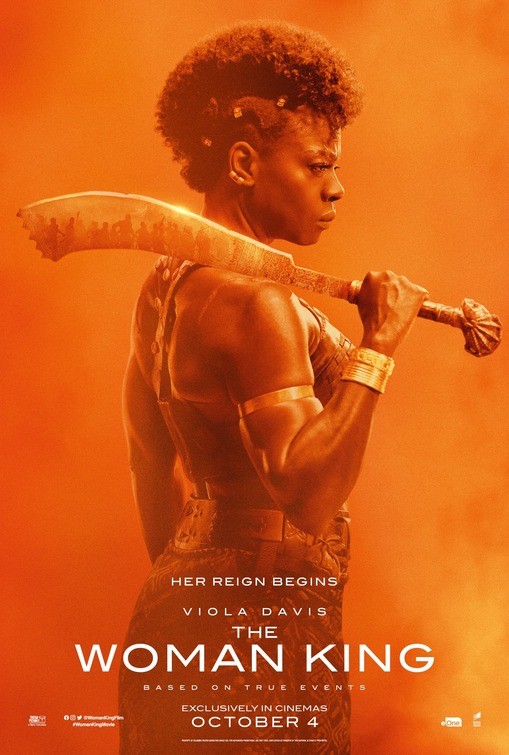 Plot Summary of The Woman King

In 1823, Dahomean Women, who the Oyo Empire kidnaped to serve as enslaved people, were liberated by General Nanisca. This event provoked King Ghezo of the Dahomey Empire to declare war against the Oyo. To protect the Empire, Nanisca began training women to create Agojie.

It was composed of brave young women who weren’t afraid of fighting men. Nawi, a young girl, also wished to join the Agojie; her father opposed her decision and tried to wed her to an abusive man. Nawi was initially an orphan but was later adopted.

Izogie, a close friend of Nanisca, takes care of Nawi and trains her. Soon Nawi grows closer to Izogie and Nanisca and reveals to Nanisca about her adoption and shows her the birthmark that she has on her left shoulder. The Portuguese colonizer Santo Ferriera arrive in West Africa along with half-Dahomean Malik as part of an alliance with the Oyo kingdom. Santo agrees to this alliance with the motive of enslaving people, whereas Malik accompanies him due to personal reasons.

Nawi meets Malik and befriends him; Nawi and Malik often meet. After completing her training and becoming an Agojie, Nawi knows about Oyo’s plans to attack their kingdom through Malik and informs Nanisca, who gives her an earful for having relations with an ally of their enemy. She then shares her experience of getting abducted by Oba, Oyo’s General, and raped by him. She gave birth to a daughter and inserted a shark tooth in her left shoulder before letting her go. She then reveals that Nawi is her daughter and the birthmark is the shark tooth she embedded before giving her away.

Nanisca attacked on the Oyo with Agojie. The attack was successful, but Obe took Izogie and Nawi along with other Agojie. One Agojie escapes from Oba and informs about the condition of the captured. Nanisca wanted to rescue them, but King Ghezo had different plans.

Izogie gets killed while trying to escape Obe’s captivity, whereas Malik buys Nawi to protect her. Nanisca, despite the king’s orders, sets off on a rescue mission with other soldiers. The mission allowed Nawi to reunite with Nanisca. With the help of Malik, they rescued many enslaved people, and Nanisca killed Obe. The victorious Agojie returns to their land, where Ghezo crowns Nanisca as The Woman King.

The Woman King gloriously displays the culture of West Africa to the world. The movie is filled with mighty wars, splendid ceremonies, monumental palaces, local people, and traditions.  The film showed us the brave side of the Dahomey Empire, where an army unit was led and controlled by females. Women’s Empowerment is encouraged through the film.

Gina Prince-Bythewood is a great director who always sails more profound into the stories. This can be evident through her past works, for instance ‘The Old Guard and ‘Love And Basketball.’ Her results are never disappointing. In ‘The Woman King’, too, she left no stone unturned and presented the history and facts of the Dahomey Empire sincerely while keeping in mind box-office requirements. 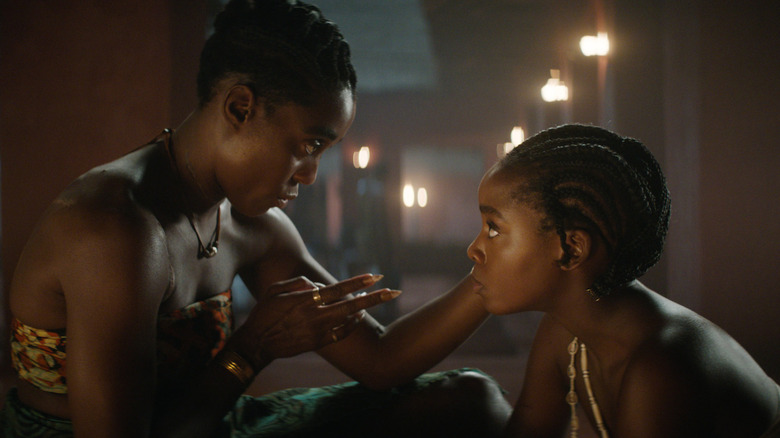 The movie is not just about the war; it also shows us the bond and love of black women. The bonding between Izogie and Nanisca, or that between Nanisca and Nawi, gives us a glimpse of sisterhood. The Agojie women cared for each other despite their differences and did their best to provide. Due to their training, they grew close and trusted each other blindly, maintaining a friendly environment in the unit.

The film allows the actors to show their best because of the challenging roles. Emotions frequently fluctuate in the movie because of its action and drama. The critics highly praised Davis’s performance along with Mbedu’s. All of the actors did a decent job leaving no stone unturned.

If rated on a scale of 10, The Woman King deserves 8.5. It is a good watch for people who like historical dramas. Sometimes the film would feel over the top because of its overuse of VFX for landscape and the use of fake extras. Other than that, the movie is worth watching.