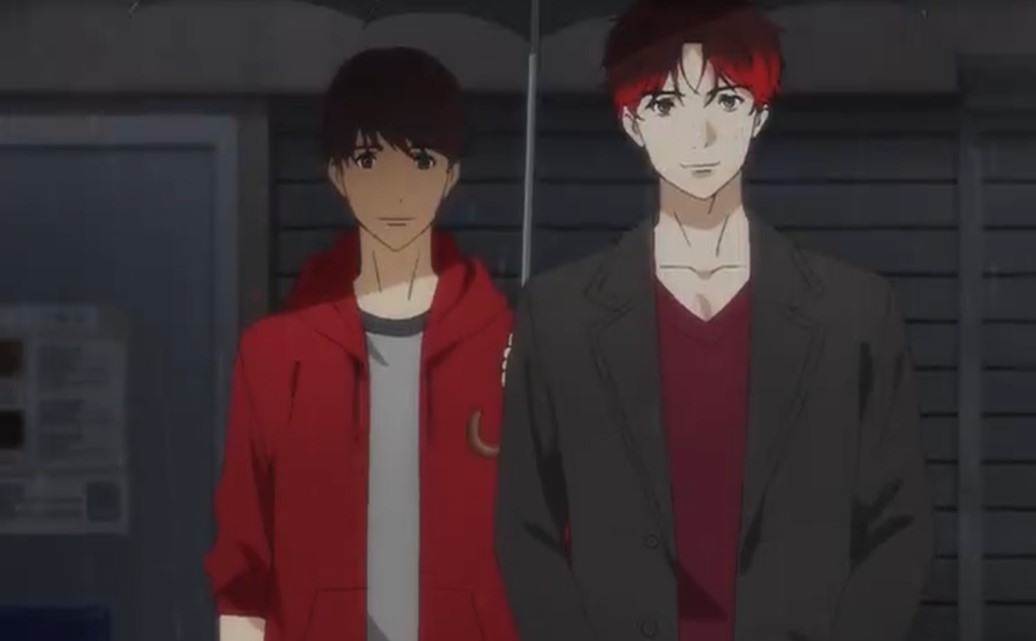 Makoto is reading a newspaper about a 3-years old who has fallen from the balcony. Kyouichi and Isogai visited him at his show during the rain and he asks them what brings them here. Kyouchi said that he has the request for Ikebukuro’s capable troubleshooter. Isogai reveals that several days a small child had fallen at a Senkawa apartment. Kyouichi said that he is three with a single mother and  Makoto said he was just reading about that.

Kyouchi asks Makoto if he can check on the boy and his mother and Isogai said that they often come by their park. The mother watches Kyouichi dance while she lets her boy play. A few days ago the mother shows up by herself without her child. Makoto thinks that the boy has fallen from the balcony while his mother was out by herself. Isogai shows Makoto the post on social media criticizing the mother of the boy. Kyouchi said that he would like Makota to bring all who bad mouth the mother without knowing what is happening.

Ikebukuro West Gate Park Episode 9 will be released on Tuesday, 1 December 2020, at 9:00 PM JST. This Anime will release its latest new episode every Tuesday. This post may contain spoilers for the upcoming episode watch out when you proceed.  Watch this Anime officially on Funimation. Let’s take a look at the updates below

Makota read the names of people bad-mouthing the mother. He then finds the real name of the mother and the boy: Yui Ohnuki age 22 and Kazushi age 3. Isogai reveals that Kyouichi and he has only spoken with them once or twice. The day they spoke with them they were a happy family of two playing together with no sign that such a wonderful mother can leave the boy by himself. Makota said since they have only spoken twice why are they being supportive of the mother.

Kyouchi said that because the mother is a fan of his dancing and he has to take care of his fans. While Makoto is still thinking, his mother Ritsuko yells at his ears that he has to go and check on the boy and his mother. Ritsuko said that she can’t just ignore it when she hears a single mother. Ritsuko started to praise how Kyouchi is handsome. Makoto asks her what is she thinking and she said he must hurry up and go now.

Makota and Isogai visited Yui Ohnuki and her son they told her that Kyouchi is concerned about her. He sent Makoto to help out in case the two are facing trouble and she asks why is he concerned.  Isogai said that it is how Kyouchi is and she reveals how her husband left her when she was pregnant. She can’t even collect child support and she has been working hard ever since Kazushi was born.

Makoto ask her where she works and she said that she works at Ouji where they make convenience store box lunches. Makoto started to support her financially and protecting her from the men that take advantage of single mothers and treat them as their slaves. Later helps her get a well-paid job and her son is now going to the creche with other kids.