Netflix is bringing another fabulous show to its library, and it is none other than Carmen Sandiego. As we know that Netflix is making a promising return of Carmen Sandiego, it is big news for all the fans. The show is supposed to return next year, but do not worry, it’s not what you think. The show will be released in early 2019, on 18 January 2018, to be more specific.

Netflix recently announced that they would be releasing the first season containing 20 episodes on 18 January 2018. See What’s Next recently tweeted about the show, and even provided the exact date of release. Here is the tweet.

WHEN in the world is Carmen Sandiego coming to Netflix? *hacks database* January 18! Who’s ready to go on an adventure with @HereIsGina and @FinnSkata? #NetflixNewsWeek pic.twitter.com/d4UC2kb5vZ

More importantly, we will see that Jane The Virgin fame Gina Rodriguez will be voicing Carmen, and Finn Wolfhard of Stranger Things is also roped in. The official poster is impressive, look at it below. 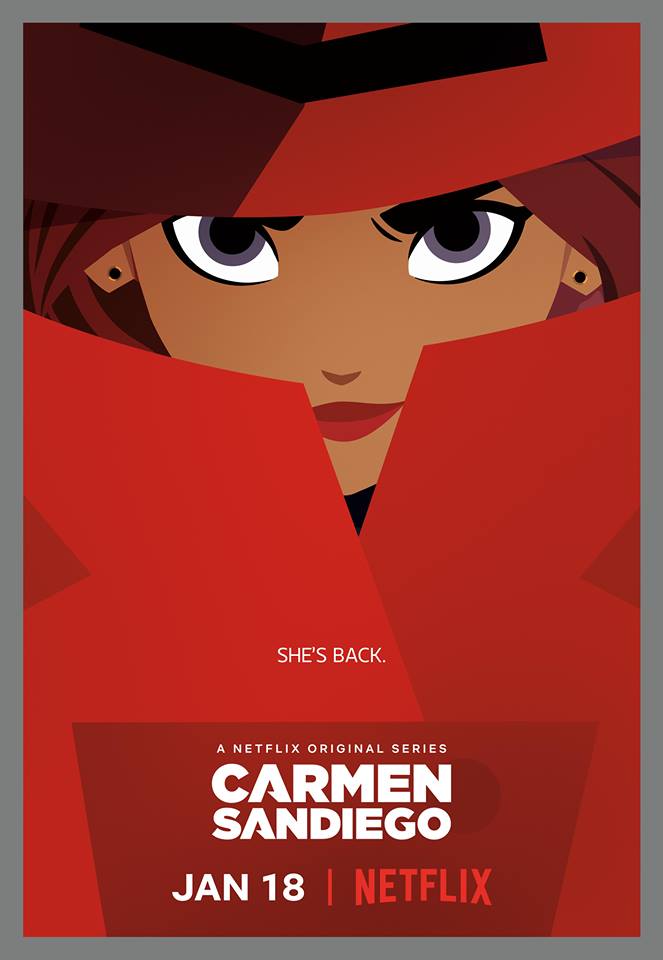 After this much information, the show is making news all over the internet, and everyone is looking forward to what the show has to offer!

Twitch Will Broadcast ‘Inspector Gadget’ Episodes For A Week