No one can deny the enormous success of the series “Game of Thrones” as it defined the decade of 2010s. The huge number of viewership, the fans going crazy, and memorable moments paved off and broke the internet time and time again with every season out. Now, even as a television series, the show is considered one of the biggest franchises counted among Star Wars and Marvel. The show’s end just built-up huge hype among the audience with probably not much satisfying end, but the audience still appreciated the show’s run and reminisced with utmost love. And this brings the hunger for more.

HBO definitely won’t close the show’s chapter after such a huge impact and plans to bank on it as it has announced another spin-off of it and has started teasing the fans with a lot to come.

So here are all the details of the upcoming spin-off of the Game Of Thrones. 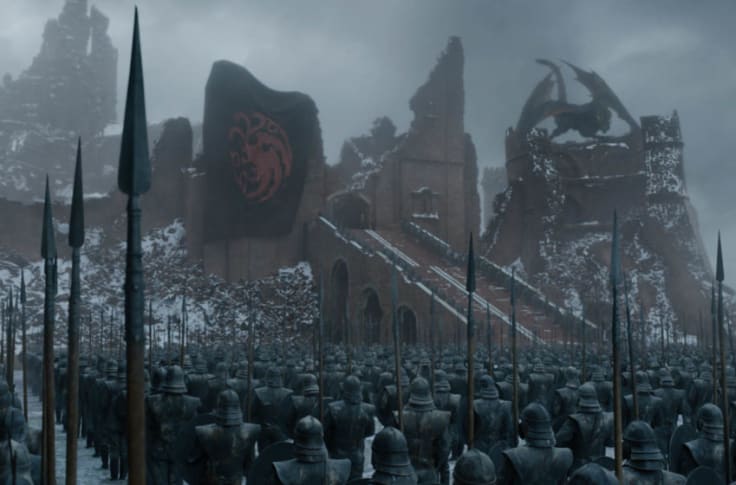 After debunking the idea of the pilot episode called “The Long Night” featuring Naomi Watts, HBO has finally moved on and announced in its latest teaser that the audience could expect a new spin-off titled “House of Dragon” from the Game of Thrones franchise. Although the teaser didn’t reveal much of a we cant expect the show to arrive somewhere in 2022, according to the teaser.

The show will be based on the book “Fire and Blood” by George R.R. Martin. The show will tell the story of the house Targaryen which is the family of Daenerys, and will be set around 300 years before the events of Game of Thrones. We will see English actor Paddy Considine of The Outsider fame starring in the show taking up King Viserys I’s role. The plot goes that The Lord of Westeros chooses Viserys to succeed the Old King who divides the Targaryen and sets up a civil war among the Kingdom.

The official Twitter account of Game Of Thrones posted a picture showing off the Targaryen beasts and announcing that the production has begun on 4th December 2020, which has pumped up the fans further.

HBO also gave us a more look into the cast by announcing the casting of Olivia Cooke as Alicent Hightower, the close confidant of King Viserys Targaryen. On the other hand, we will also have Emma D’Arcy taking the lead role of Princess Rhaenyra Targaryen while Matt Smith takes on the role of her uncle Prince Daemon Targaryen.

So far, the teaser’s dragon only revealed that the show is expected to hit in 2022.

Plans Of Other Spin-offs.

As the show has a long time to hit the television, HBO programming president Casey Bloys recently revealed that they might have plans to release more spin-offs throughout the time as they are looking towards other stories of George R.R. Martin’s World of Westeros.

Casey Bloys compared the franchise with the likes of Star Wars and Marvel and quoted,” Those are fantastic properties that are decades and decades old. I don’t know that it would get that big, but certainly, it is a great resource that we have and an amazing world. So I don’t think it’s just going to be the one for the rest of its life.”

Like this, we also saw HBO developing a pilot called “The Long Night,” as we mentioned above, which was set to star Naomi Watts in a time known as the Age of Heroes. Although the episode was shot, the makers decided to call off the show in October of 2019 and decided not to move in. Well, on the other side, House Of Dragon has been announced, and it’s definitely coming, so from this, we can say HBO has a lot in mind, and we are in a treat to see a lot coming.

So, Stay tuned for more updates.