List of Shows and Movies coming on Disney Plus In January 2021!

List of Shows and Movies coming on Disney Plus In January 2021!

Disney Plus is entering 2021 with many shows, movies, and shorts in their hands, with “Wanda Vision” being the poster for their first month of the year. What an incredible year was 2020 for the platform. Disney managed to create its own space in the already filled in the market of streaming services. It was already a little easy for the platform as it now serves as a home to abundant content that is loved by a huge number of viewers worldwide.

From Disney classics to new originals, all the Star Wars movies to the brand new “The Mandalorian Season 2”, from classic Pixar movies to new animated ventures and the most prominent big dinosaur Marvel Cinematic Universe coming along with everything related to marvel on the platform is now streaming.

It seems that Pandemic may have affected the movie and television business. Still, the streaming service definitely succeeded in making its mark by supporting Mulan’s releases and Pixar’s Soul onto the platform. Additionally, Disney surprisingly keeps adding classic content for the audience who want to revisit their memories and spark nostalgia in the air.

Also, Marvel will be delivering its new original shows on the platform in 2021 after completely zero releases in 2020. So fans are tuned in and excited to see their favorite superhero house up and going.

Like we said above, Wanda Vision will definitely be the poster boy with fans wondering when and what will take place in the show since the trailer was completely out of context and mysterious. Plus, recently, Marvel Studios announced at Disney’s Annual Investor Day Presentation that a list of Marvel projects would be landing on Disney Plus in 2021, reverting to a year full of no Marvel Movies.

On the other hand, Star Wars is arriving with its Destiny series, a collection of Star Wars shorts intended to keep the audience entertained. Apart from these big guns, Marry Poppins Returns and another show from Marvel Studios, “Legends,” will be hitting the platform in the January of 2021.

With an amazing end to 2020’s  December, where we saw The Mandolrian’s second season making its mark all over the streaming market and Pixar releasing Soul before the end of the year, Disney has made sure the subscribers don’t go anywhere. The question comes what to expect from Disney’s streaming platform in 2021.

So here we are with the list of everything coming to Disney Plus with their update in the first month of 2021.

In this one of the two-part series, dive into the depths of the Pacific Ocean with Laurent Ballesta and his group of elite scuba unit and witness a large number of colored fishes and also the depths where resides hundreds of Gray Sharks who are ready to hunt at nightfall. Streaming soon on Disney Plus.

Horton, the elephant, goes on an adventure to save his microscopic friends known as “The Who” from his annoying neighbors who are on the verge of grabbing the dust spec where the little creatures reside.

Neil Hammerschlag, the renowned Shark expert, is searching with his crewmates to find the rare Hammerhead shark through the depths of the ocean.

Mr. Popper, played by Jim Carrey, is a successful real estate owner who is busy with his ongoing life and can’t find time to spend with his children. Soon a gift sent from his father, a live penguin, changes his life when five more penguins follow and help him bond with his children and ex-wife.

Logan/Wolverine travels to Japan to meet his old friend who is dying and give him final condolences. The situation becomes complicated when his friend tries to take away his supernatural gifts.

Blue-skinned outer space alien Ned and his Lieutenant Cornelius are sent to look over the planet earth to execute a plan for an invasion. Instead, they become drawn towards the culture and soon become earth’s biggest celebrities—new episodes of “Earth to Ned” streaming from January 1 on Disney Plus.

A special short of the movie “Clouds” will be streaming on Disney Plus featuring special clips of the movie, starting 1st January 2021. 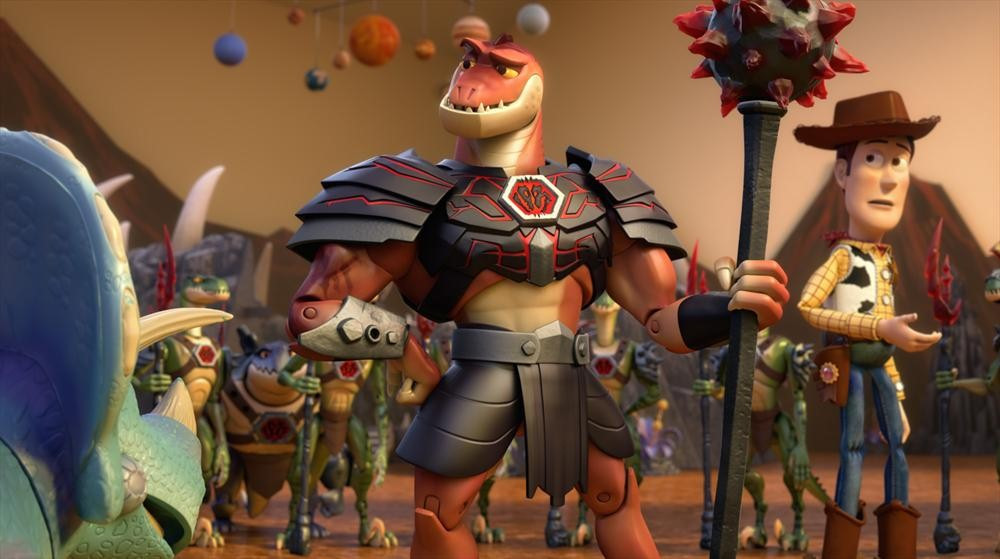 Dance Choreographer Phil Wright brings out a mixed group of families and trains them for a competition to perform and win a $10,000 cash prize and become the next champion of Disney  Fam Jam.

When his father doesn’t return from a bullfight, Ferdinand, an innocent, kind-hearted bull, makes an escape from Casel de Toro but eventually is captured and struggles his way to get out.

Six short volumes of Star Wars stories featuring beloved characters from different eras of the universe and their decisions after their destiny has played their part.

A 22 minute Toy Story short created by Steve Purcell with Sam and Max’s direction features the characters Woody, Buzz, and his friends in a pre-historic world and their moves to survive.

Another short of the heartwarming movie “Clouds,” featuring scenes defined from the movie, will arrive on Disney Plus.

Marvel’s new show will take a look at the individual arcs of all the superheroes and how they fit in and build up the stories for future arcs of the movies and series. 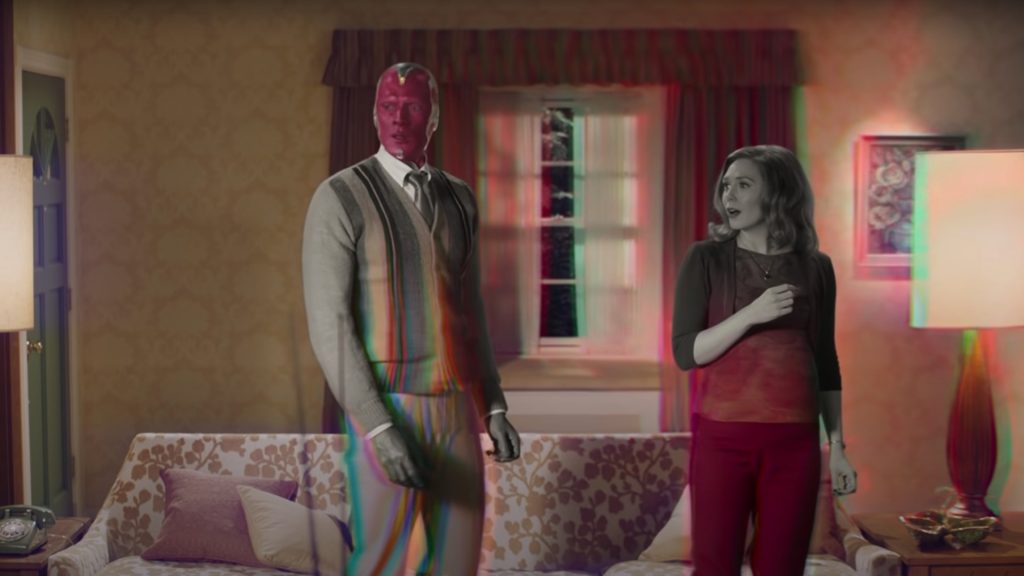 Season 3 will continue to see Princess Elena on the search of the evil sorceress, Ash Delgado, and her daughter Carla. Elena accidentally falls into a place where Maruvians kept their magic and mystical artifacts; the powers give her an enormous boost to her powers that have been trapped for years.

Lisa Doolittle, played by Kyla Pratt, the daughter of Doctor Doolittle, brings out her natural family powers of talking to animals in action to save the closure of the ranch.

In this 2018 animated movie, an executive decree throws all the Megasaki City pets too far away in a Garbage dump known as the “Trash Island.” With the help of newly made friends of a pack, Atari, a 12-year-old dog, sets off on an adventure to fly across the river to search for his body-guard dog.

The month’s poster movie, Wanda Vision, will premiere on Disney, plus features the Avenger’s Vision and Wanda Maximoff, who are living a beautiful life in the suburbs. Things get complicated when they are switching timelines again and again and realize someone is messing with them.

The magical nanny Marry Poppins makes her return after decades to aid the Banks and Micheal Bank’s children with her magical powers.

Another short from the movie “The Clouds” will be arriving at Disney Plus, and it seems it will feature all music performances from the movie.

With not many details of the plot, Pixar Popcorn is an upcoming Pixar short series comprising 8 episodes.

Wanda Vision is set to continue its adventures in the second episode of the series.

An animated sitcom features a dinosaur family living in a well-settled modern world with modern technologies, including TVs and fridges, and their day to day life with stone-age men as their pets.

A 17-year-old girl, Mary goes shrinks down in size and enters a world of strange creatures. After befriending them, she is caught between their wars of good and evil and has to find a way to solve them and return home.

Welcome to Central Michigan’s farm city built by Dr. Jan Pol and his wife Diane and dive deep into deep with their Pol veterinary services specializing in large farm animals like cows, sheep, and horses.

The 2010 movie follows Ramona, a little imaginative and mischievous girl who is living her life to the fullest and keeping everybody smile while her older sister Beezus go through the survival of her day-to-day college life. Life plays its difficult card when their Dad loses his job, and what follows will be worth seeing.

The documentary follows a team of elite search and rescue members who is on the verge of saving people from a record-breaking tropical storm as it is waving its arms around Texas.

The adventures of Wanda Vision continue in the third episode of the series, wrapping all the episodes in January.

The finale of short clips of the movie “Clouds” will be available to stream on Disney Plus on the 29th of January 2021.

So have you subscribed to Disney Plus? Stay tuned for more updates.