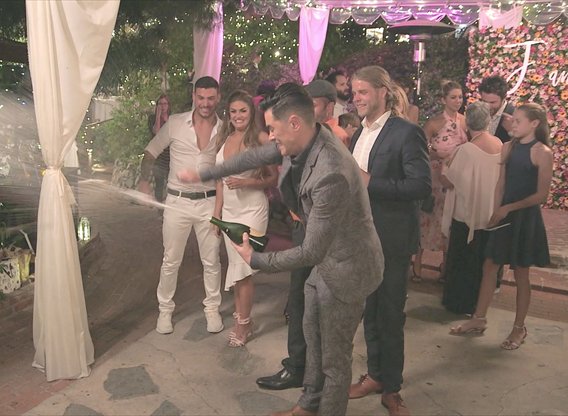 In this post, we are going to talk about Unanchored season 1 episode 8 release date, where to watch, and spoilers. Although the seventh episode is still hours away, I have to talk about the eighth episode because I have to serve you guys updates about the next episode. So, we know that the seventh episode will have a lot of fun, thanks to Pig Beach. The team will enjoy themselves at the beach swimming with pigs.

Furthermore, we will also see Rachel and Vanessa’s issues coming to an end. Vanessa and Chelsi will forgive Rachel to convey a peaceful environment. Not to forget the island treasure search will also be there, and it would be the main attraction of the next episode. However, what is supposed to happen in the eighth episode is what we are here to discuss. So, let’s get into the eighth episode!

The show is into its debut season and we are supposed to receive eighth episode this week. The eighth episode of Unanchored season 1 is supposed to release on 25 December 2018. Yes, it is Christmas day and a lot of you might be out, but this episode would be interesting to watch for sure. The show is broadcasted on Bravo channel at 10 PM every Monday and Tuesday.

The show is also available on Bravo app to be streamed online, and it is the best way to watch any of the Bravo shows on portable devices. Moreover, there are several other options such as Hulu, Roku, DirecTV Now, Sling where viewers can stream Unanchored by watching Bravo channel at the mentioned time.

The episode is titled Shark Bite, and it will move us closer to the completion of the trip. Nonetheless, Rachel will make another try to appease Albie to commit. It feels like it would be the last effort from Rachel as we are approaching the end. Similarly, Vanessa is also thinking about her and Max’s relationship. She might not completely agree with whether they will be together forever. Additionally, a shark encounter is also awaiting in the eighth episode!