The Future Of “Death In Paradise” revealed by BBC! The British-French Drama Gets Renewal For Two More Seasons!

Death In Paradise, the British-French crime drama, which has been spanned for nine long seasons, is set to come back on the 7th of January 2021 with a brand new season. The show that has starred several stars, including Ben Miller, Kris Marshall, Ardal O’Hanlon, and Ralf Little, has always been one of the prominent shows among British and French audiences. The crime drama focused on the crime stories of french-Caribbean island Guadeloupe solved by the respective officer of the island has now been running for nine years and has never seen a loss of viewership and always enjoyed high ratings, thus resulting in quick renewals every time a new season arrives starting from season 8 that saw the renewal for two more seasons on the same day.

Death In Paradise followed the story of British Detective Richard Poole, played by Bil Miller, who is assigned to solve a Bruiths Officer’s murder on Caribbean island Saint Marie’s lands. Richard Poole stays on the island, replacing the victim and solving different cases with the Island’s officers until the character meets his death in season 3 and is replaced by Officer Humphrey Goodman, played by Kris Marshall. The following seasons see Goodman solving different cases till season 6 as the character settles for a new life back in his home country to be replaced by Officer DI Jack Mooney, played by Ardal O’Hanlon, and soon by DI Neville Parke, played by Ralf Little.

On the premiere of the tenth anniversary and new season of Death In Paradise, BBC has renewed the beloved crime drama series for two more seasons heading into the future. Here is BBC talking about the future of the much-loved crime show and how the new seasons will feature new faces and new crime stories from the fictional island of  Saint Marie that will delve deeper into the murders and crime stories that made the show popular in the first place. Here we are breaking down everything BBC had to say about its beloved crime show going strong as it looks for renewal for two more seasons.

Read More: 10 Crime Films To Stream On Netflix (Which Are Totally Worth It)

BBC on the future of Death In Paradise

BBC has marked the arrival of the 10th season of Death In Paradise as it also celebrates the 10th anniversary of the much loved British-French crime drama and applauds the creators for such an immense effort that is still going strong. The BBC celebrated the anniversary by announcing the show’s renewal with two more seasons for the future as commissioned by the writer Tim Key. The BBC has announced that the upcoming 11th and 12th season is set to feature the cast regulars coming back to the British-French crime drama and some new faces that will make their presence felt. 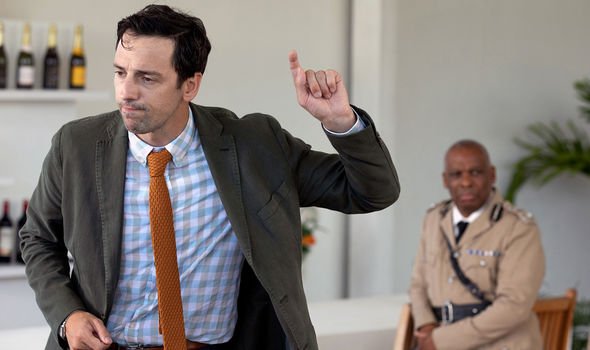 Tim Key, the writer of Death In Paradise, quoted talking about the 10th anniversary of the series that he is proud of the 10th series as he heads back to Saint Marie to continue the story where it was left off. Tim Key further applauded the cast and crew as they have delivered performances against the odds, referring to the shoot done during the Covid-19 pandemic. Tim Key further declared that the writer has huge plans for the show’s future, and he can’t wait to go back on those plans again.

The commissioning officer of the BBC, Tommy Bulfin, further praised the series stating that the network is really proud of the series and knows how much it is popular with the viewers. The BBC network acknowledges the show’s presence and offers much-needed escapism and all the whodunnits with satisfying plots. Tommy Bulfin further stated that he hopes the audience love the 10th anniversary season of the show as there is a lot to come in the future as BBC has renewed the show for two more seasons.

The Cast Coming Back 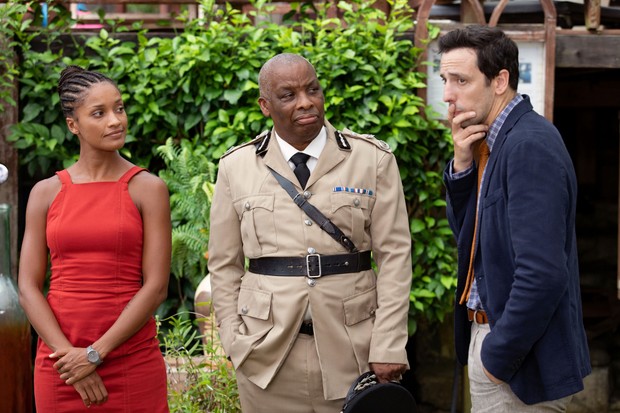 Death In Paradise is set to see the comeback of familiar faces, including Sara Martins and Joséphine Jobert. Even Ben Miller, who died in the earlier season of the show, has also been speculated to return to the much loved British Crime-Drama series. Central character DI Neville Parker played by Ralf Little is set to embrace a new life in the coming season, as hinted by the actor himself during an interview with Digital Spy. Ralf Little has explained that his character is about to open up to the Caribbean’s life and learn to accept it while also indulging in solving murder cases on the fictional island of Saint Marie in the coming tenth season.

So far, it seems like BBC is continuing to acknowledge the success of its beloved Crime-drama based on Caribbean island’s police department and will continue to embrace it in the coming seasons. The show’s 10th season arrives, celebrating the 10th anniversary on 7th January 2021 through BBC One Network. For more updates on the much-loved Britsh-French crime drama, stay tuned to Otakukart.