By OtakuKart Staff
In Entertainment
on January 23, 20201 min read 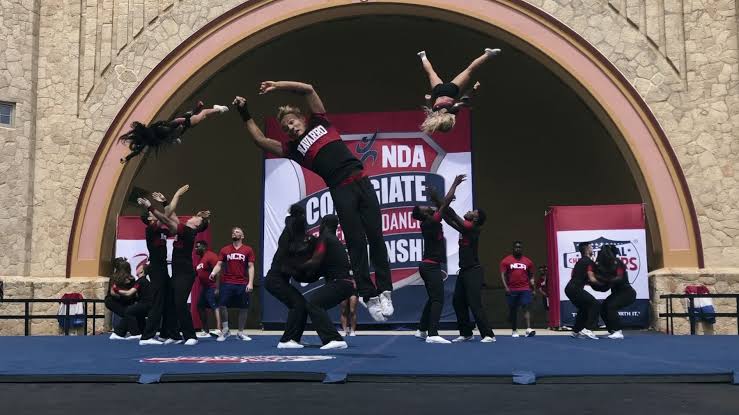 Am I the only one who loves cheerleaders more than Basketball? Not obviously! The US origin sport, cheerleading, has built it’s prominence throughout the world. Today, we can not imagine any sport or any live-event without cheerleaders.

It is this cheerleading sport that forms the basis for the Netflix documentary series, Cheer. The series gives us a great insight as to how intense the sport can be or what high levels of commitment and physical fitness it demands from its players.

After the proceeds of Dayfona’s national competition, you may be wondering where are the Navarro college cheerleaders now? Here are the complete details-

Gabi was one of the most prolific cheerleaders to feature in the Netflix docu-series. She has shown no signs of slowing down at present and has more than 8,35,000 Instagram followers for her support. She is currently a member of Top Gun cheerleading squad, which can proudly brag its 12 world champion titles overall.

Lexi is also one of the compelling figures to be seen on “Cheer.” She comes from a troubled past, which includes run-ins with the law.

Beating all odds, she rose through the ranks of Navarro’s cheerleading team. She has proven herself as an extremely talented gymnast and a good human being. She had the courage to take responsibility for illegal substances found in her car and was forced to leave her work. She has moved in with her grandmother in Houston but hasn’t been able to accompany the team to National Competition in Daytona. However, her fans see hope in her latest Instagram post with the caption: “Honey, I’m home.”

Jerry has been one of the firm-favorite characters of Cheer and his larger than life personality has charmed the viewers to the core.

As seen in the show, he has made his way to the Daytona finals and is still dedicated to the amazing sport. He is currently serving Navarro’s squad and Cheers Athletics Wild Cats, the team based in Dallas, Texas.

Morgan is yet another member of Cheer with a troubled past as she spent her early years in a trailer with her only brother. Her life took a turn when grandparents took custody of them and nurtured her dreams. She went on to become a vital member of Cheer. She is also active on Instagram. It is unclear whether she is still in the Cheerleading team or not.