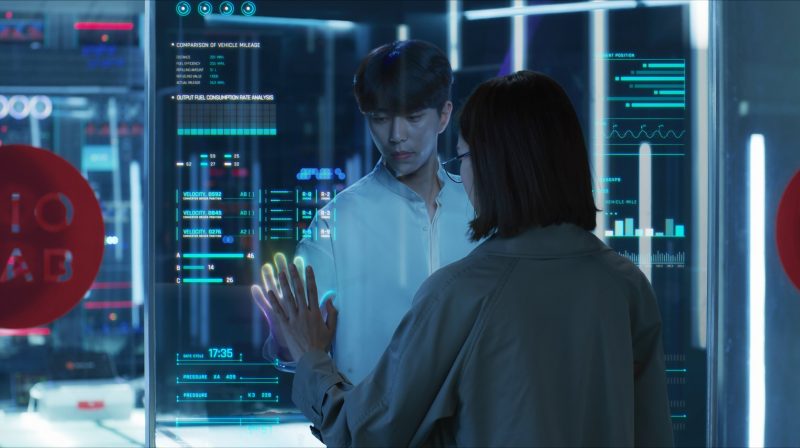 My Holo Love is Netflix’s latest addition to its ever-growing library of South Korean dramas. The show tells the story of our three main characters, Go Nan-do (played by Yoon Hyun-min), Han So-yeon (played by Ko Sung-hee), and the robot Holo (also played by Yoon Hyun-min). The story is basically about a woman falling in love with a hologram artificial intelligence (AI), who looks the exact same as its developer. You see where this is going.

The show is directed by Lee Sang-yeop who has worked on shows such as “Familiar Wife”, “Shopaholic Louis”, and “Mr Baek”. He also has another drama “A Piece of Your Mind” coming up next month in March.

The show’s script is provided by acclaimed writer Ryoo Yong-Jae, who has worked on “Psychopath Diary”, “Pied Piper”, “Time Between Dog and Wolf”, and “Liar Game”.

Unlike currently running K-dramas that are available on Netflix like Crash Landing on You or Itaewon Class which release episodes weekly, My Holo Love is produced entirely for Netflix; meaning that all the episodes were released at once as per Netflix’s practice of releasing the entire show for binge-watching.

As the entire show is available on the streaming platform, fans wonder if a sequel season will be released. In this article, we’ll give you whatever information is given by Netflix regarding the second season of My Holo Love.

My Holo Love season 1 dropped on the streaming platform Netflix on February 7, 2020. While there is no official word on if a second season will be made, it is highly likely as the story in the show is not complete. Netflix can renew the show for a second season, as they do love making sequels upon sequels of shows that sometimes seems excessive. And with how much interest Netflix is showing in K-dramas, it won’t be surprising if the streaming giant announces My Holo Love’s second season. Shows usually receive a sequel a year later, so we can expect a renewal for My Holo Love in early 2021.

What is My Holo Love About?

The original K-drama from Netflix explores the relationship between humans and artificial intelligence. The sci-fi romance story revolves around Han So-yeon, who suffers from prosopagnosia or face blindness disorder. This renders her unable to remember or recognize familiar faces. Because of her condition, she lives a lonely life.

Her life takes a turn when she comes across a “hololens” – a pair of glasses that is actually a device made to beta test a hologram AI. This AI’s name is Holo, which is developed by Go Nan-do and looks exactly like him. Go Nan-do lives a reclusive life as he’s in hiding from the police due to a hacking case in the past. So-yeon gets closer to Holo and begins to fall for him. Meanwhile, Nan-do, who is operating Holo, ends up falling in love with So-yeon.