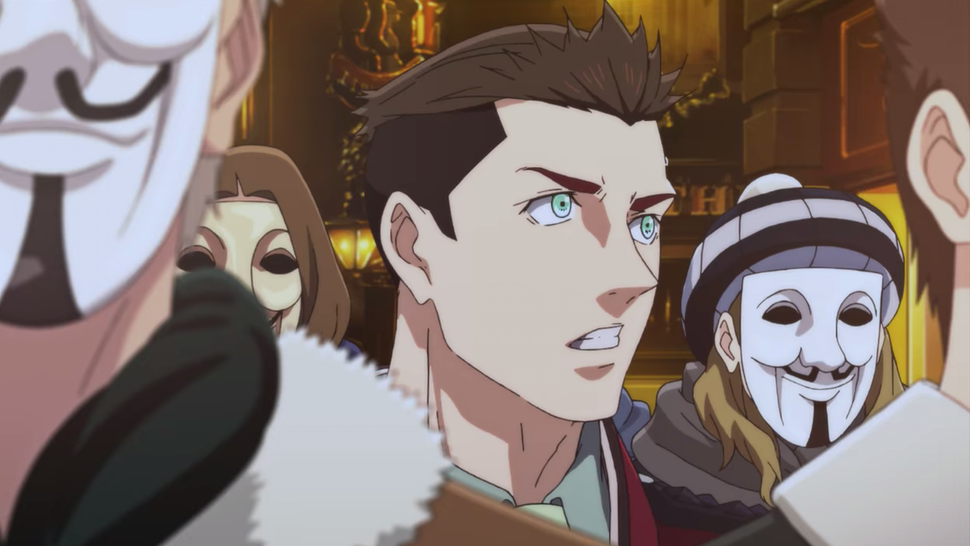 Hero Mask is a Japanese anime series that is produced by Netflix. It is animated by famed Japanese Animation Studio Pierrot. The series is an Original Net Animation (ONA) action anime TV series but is not based on Manga. The series has gathered decent ratings for its Season 1, which was released on December 3, 2018, and Season 2, which was released on July 23, 2019. Its English Dub version is available on Netflix for Season 1 and 2.

The animated series has earned a solid fan base for its past two seasons. It is well received by Anime fans, but now, everyone is intrigued by the same question- Will HeroMask will be renewed for Season 3? You will get complete details about the present status of the series in this article.

What is Hero Mask Season 3 update?

Hero Mask Season 3 might release on Netflix in Fall 2020 if renewed. We will keep you posted with further updates.

Will HeroMask be renewed for Season 3?

The anime series, Hero Mask was not based on the Manga, and it was originally a two-season anime. Creators will have to conceive a completely original plot for Season 3 if it does happen.

The decision to renew a series mostly lies with the streaming platforms, Netflix in this case. Up to now, there is no confirmation of Season 3 renewal. But considering the popularity of the series, Netflix may decide to continue the series. We will keep you posted with the latest developments.

What is Hero Mask Plot?

Hero Mask is an action crime anime series filled with supernatural elements. The series is set in the fictional version of London and follows two lead protagonists. Our male lead protagonists are a hot-blooded police officer named James Blood, who works for the elite Special Service of Crime (SSC) division, which falls under the jurisdiction of the Capital Police Department.

The life of James was always beyond the ordinary, but things take a bizarre turn when he hears about the death of Superior Crown Prosecutor Monica Campbell, who was investigating a high-profile case involving the LIVE Corporation.

If this was not enough, there were more surprises in store for James. The police station where James works get attacked by his old enemy who considered dead long ago. This attack occurs shortly after Crown Prosecutor Campbell’s demise.

James had no clue as to why and who is causing such upheaval. He teams with our lead female protagonist Sarah, and together they decide to uncover the perpetrators behind the strange events.

However, the path to Truth is never a bed of roses. James and Sarah’s journey to uncover the truth takes them on a mind-bending journey, which lets them fall in the middle of a conspiracy involving the LIVE Corporation.

The escaped prisoners who are assumed to be dead have decided to wear certain masks that give their wearers supernatural abilities. If the series gets renewed, more fascinating events will start to unfold.

What are the lead characters in Hero Mask?

James Blood is the male lead protagonist of the series. He is a hot-blooded young police officer who works with the elite SSC division with the Capital Police Department in London. He gets intrigued when his arch-nemesis Grimm literally ‘rises from his ashes’ and attacks the police station he works in. He teams with Sarah and embarks on a dangerous mission to find the Truth.

Sarah Sinclair is the lead female protagonist of the series. She is an Assistant Attorney working under the Crown Prosecutor Monica Campbell. She was also investigating the high-profile case involving the influential LIVE Corporation along with Monica and witnesses her death before her eyes. Monica gives her vital information about the case before her death. She teams up with James to unearth the massive controversy involving the LIVE Corporation and the super-powered villain.

Theo Lowe is one of the most important supporting characters of the series. He is a criminal who took multiple medics into hostage at the hospital itself so that her daughter’s heart transplant is done with. His plan gets failed, and he is presumed to be dead. However, he does survive and gets used as a test subject in experiments involving the mysterious masks which give superpowers to their wearers. Theo manages to escape from the experiments and searches for his estranged family throughout the show.

Other main characters of the show include Edmond Chandler, the technical specialist, and sergeant in SSC and Harry Creighton, who is a former police detective and presently works as a mercenary in the LIVE Corporation. He is entrusted with the task of hunting down the super-powered masked individuals scattered around London.