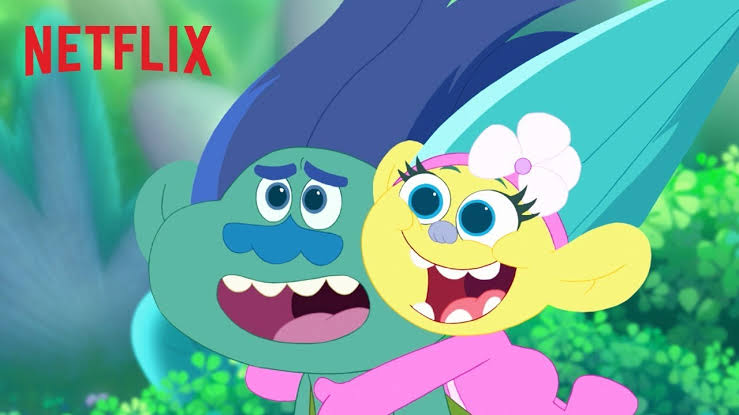 Trolls The Beat Goes On! Season 9

Trolls: The Beat Goes On! is an animated romantic musical comedy series that is available for streaming on Netflix. The animated series is based on 3D Computer Animated Romantic Comedy Musical film, ‘Trolls.’  DreamWorks Animation produces the series.

The animated series picks up from where the movie leaves off and is goofy in its content. The televised version has been developed by Matthew Beans, and the series continues to oversee the production of the new seasons. The series has amassed global reach broadcasting over five continents. NBC Universal Television Distribution successfully distributed the animation across the web-streaming platform.

The series has been rated 5.9/10 on IMDb. Matthew Beans has also taken up the role of the Executive Producer of the series.  The series has running time for 22 minutes for half hours and 11 minutes for various other segments.

When are Trolls: The Beat Goes On! Season 9 update?

Trolls: The Beat Goes On! Season 9 is expected to release on Netflix in March 2020. We will keep you posted with the latest developments.

What are Trolls: The Beat Goes On! Season 9 Trailer?

The trailer of Trolls: The Beat Goes On! Season 9 is still awaited. Meanwhile, you can enjoy the Season 8 Trailer here-

What are Trolls: The Beat Goes On! Season 9 Plot?

The series is best suited for viewers above seven years of age. The official synopsis of the animated show, as revealed by Netflix is as under-

“As Queen Poppy celebrates a time of peace in Troll Village with parties, competitions, and special occasions, Branch tries to be more fun-loving.”

The spin-off series picks the plot from where the original movie left off. The animation follows various ‘trolls’ like Queen Poppy, her Boyfriend Branch, the Snack Pack along with others. They spent their lives in their idyllic forest home, Troll village. They have to get habituated living with King Gristle, Bridget, and the grump Bergen pals. A clash of cultures often emerges as they interact with Bergers, but yet they do not dim positivity they associate with.

The show is filled with irreverence, music, and random dance parties for a fun-filled adventure. The trolls encounter amazing thrillers in the first seven seasons of the series and remain to be seen what new adventures still await for Queen Poppy, Branch, and others. In a nutshell, the animated series does not disappoint the original fans of the movie, ‘Trolls.’

Who are Trolls: The Beat Goes On! Season 9 Cast?

As the series is a pure work of animation, it requires a bunch of quality voice-artists to add life to the characters. The prominent voice artists include Amanda Leighton as Branch, Skylar Astin as Queen Poppy, Ron Funches as Cooper, Kani Wahigren as Bella Brightly, David Fynn as Biggie, Sam Lerner as King Lerner among others.