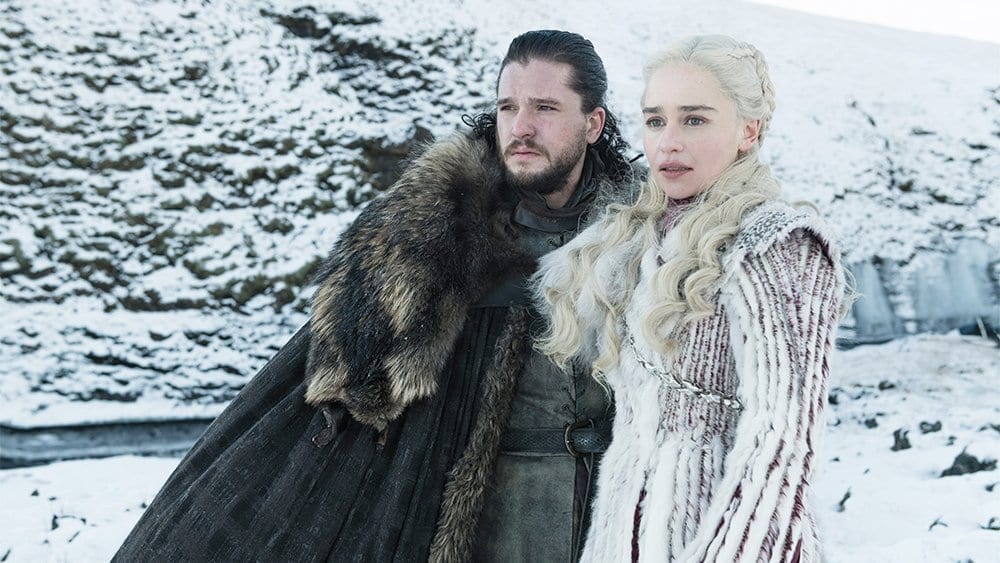 Game of Thrones Season 8 is finally here. We’ve waited so long for the show’s return, and it’s almost unbelievable that we’re just a few episodes away from the end now. Fans all around the world were excited for the show’s return after nearly two years, and it didn’t disappoint. So let’s dive into Game of Thrones Season 8 Episode 1: Winterfell now, shall we?

The episode opened as a throwback to the first episode of the series. Back then, King Robert Baratheon arrived at Winterfell after riding down the King’s road for two months. This time, it’s Daenerys Targaryen who’s coming to Winterfell, and she’s doing it with her entire army. Arya’s first look at Jon isn’t quite what the fans hoped for, as he didn’t see her. However, that is made up for as we go deeper into the episode.

At Winterfell, the first thing that we get to see is the reunion of Bran and Jon. Jon’s happy to see him, which is understandable. He was very worried about his brother back when he left for Castle Black as a boy. Then he heard about Bran ‘dying’, and to finally see him alive once again was great for Jon. But, Jon’s problems start here as well. The North isn’t content with the fact that Jon’s renounced his title of King in the North, and that he’s chosen Daenerys Targaryen as his Queen to serve.

They want Jon to be the King in the North, and Jon doesn’t want the title. All he wants is to win the Great War. However, it is almost stupid to see that none of the other lords really seem to care. Sure, they know that the Night King is coming. But, do they seem to be bothered? No. They’re bickering over who gets to wear the crown and who doesn’t. You could see it as bad writing, but none of them have seen the threat of the Night King up close. Once they do, they’ll understand.

Sansa and Daenerys don’t seem to like the company of each other all too much. What’s more, Sansa doesn’t trust Daenerys is the right choice. She even confronts Jon and asks him if he bent the knee for the safety of the North, or for love. While Tyrion does help Jon a bit, much of his effort is useless because the North has always been stubborn. According to Davos, the best way would be to make sure that Jon marries Daenerys and becomes King. That way, the North would still be under him.

Jon’s relationship with Daenerys is as strong as ever. He even visits the dragons with her, and rides Rhaegal. While it is a bit surprising, I think a lot of us expected it to happen anyway. Together, they shared a powerful moment near the Waterfalls. 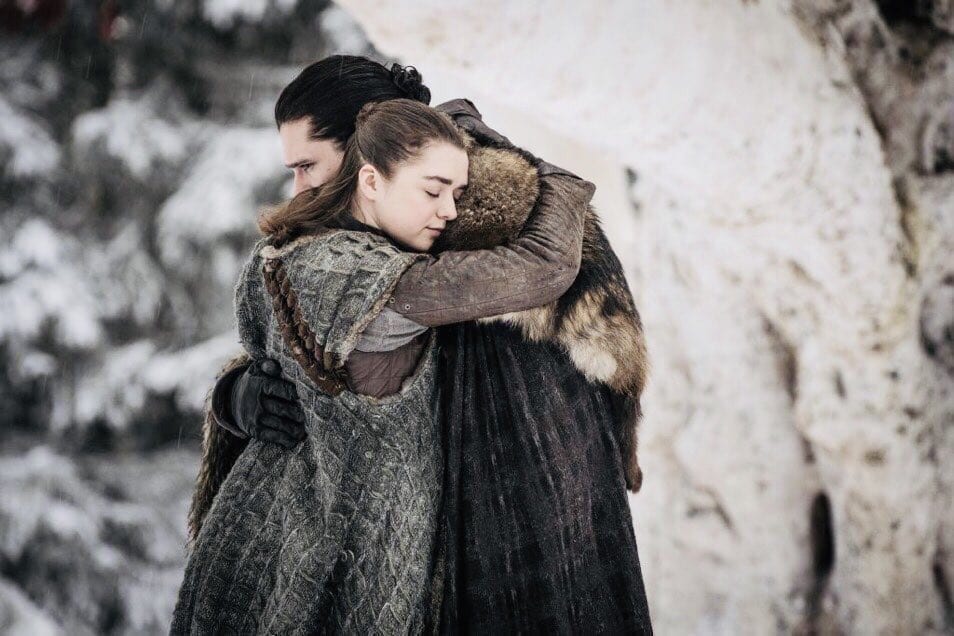 Jon and Arya Reunite at Godswood

We get to see Arya reunite with Jon at the Godswood, and although it wasn’t as good as Jon’s reunion with Sansa, I think it did its job pretty well. Arya did go on to meet others that she’d left behind, like the Mountain, and also Gendry. It was great to see them interact, and there will definitely be more of it to come.

Samwell Tarly had a lot of screen-time in this episode. He got the news that Daenerys burnt his father and brother alive. Seemingly finding it hard to control himself, he ran into Bran, who tells him that the time to tell Jon is now, and so he does. Down in the Crypts of Winterfell, Jon is seen standing next to his ‘father’ Need Stark’s statue, and this is where Sam reveals to him that he’s the son of Rhaegar Targaryen, and Lyanna Stark. Also, he’s not a bastard. Rhaegar and Lyanna married before Rhaegar died at the Trident, and Lyanna at the Tower of Joy. Jon is, obviously, shocked, but I expected a much better reaction, to be honest.

At King’s Landing, we get to see Euron return with the Golden Company. We also see Yara being held prisoner, and she seemingly has no value to him anymore. Euron, meanwhile, has brought 20,000 strong soldiers led by Captain Strickland. In return, he gets to join the bed of the Queen. Cersei has some interesting plans, it seems.

She has asked Bronn to kill her two brothers, and showered him with gold and maybe even castles in return. Bronn has always been the kind of guy who would do anything for money. Back in the second season of the show, Tryion asks him if he’d murder a baby for him. Bronn replies that he’d ask ‘how much?’ first. That just tells you that he probably won’t hesitate to kill his friends. 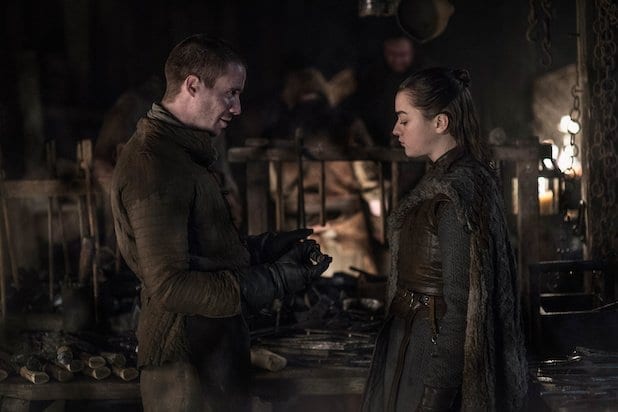 While Euron was busy laying with the Queen, Theon and his men managed to rescue Yara Greyjoy. Yara heads home to Iron Islands to make sure that Daenerys has a place to retreat to if the need arises. Theon, meanwhile, goes North to help Jon.

At the Last Hearth, Tormund, Beric , and his team arrive. They look for any survivors and run into the men of the Night’s Watch, who has abandoned Castle Black after what happened. The Night King is said to be on the way to Winterfell. Before leaving Last Hearth, he made sure to butcher everyone there and raise them. Ned Umber was left there as a message of sorts. Although, nobody was able to make any sense out of it. For Tormund and co, their mission is to let them know he’s coming. They have horses, and they’ll double up to make this mission a successful one.

In the final shot of the episode, we see Jaime Lannister arrive at Winterfell, only to be greeted there by the boy who he pushed out of the window of the tower years ago; Bran Stark.

Next week’s episode look like it’ll have a lot of stuff crammed in it. I’m excited to see Jaime and Bran interact. I’m even more excited to see what news Tormund brings back, and how Jon deals with the information that’s been thrust upon him now. Game of Thrones Season 8 Episode 2 will be very intriguing, for sure.