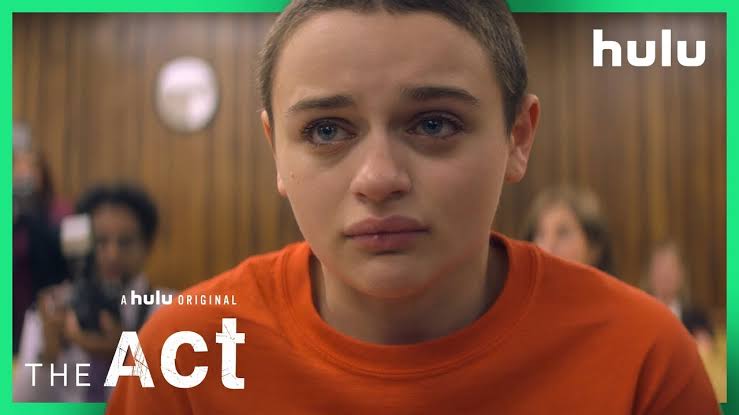 In this post, we are going to talk about The Act season 1 episode 6 update, where to watch, and spoilers. The show has got rough now, and we would be talking about what happened last week before going on to talk about the next episode. So those who have not watched the previous episode would get spoiled in the next paragraph. Hence, skip the next section if you want to avoid spoilers, and read other details ahead!

It was not expected that the duo would eventually get to the conclusion of killing Dee Dee, but it has been enough for the two youngsters. Nick and Gypsy tried to convince Dee Dee to let them be together, although Dee Dee took harsh steps and tied Gypsy. It did not go well with her, and she made a plan to kill her mother. She asked her boyfriend to come and kill her mother, and they both would flee after that. The episode ended with Nick finally arriving at the doorstep, and the rest will be shown today. So, let’s talk more about it ahead!

The show is now five episodes deep into the first season, while the sixth episode will be released this Wednesday. The sixth episode of The Act season 1 is scheduled to release on 17 April 2019. The show releases new episodes on Hulu on Wednesdays at 9 PM. The next episode is titled ‘A Whole New World.’

However, the show is Hulu exclusive, so you should check your subscription details to keep watching new episodes of The Act. As the title itself suggests, the duo would be living their life to the fullest in the upcoming episode. It seems like they would manage to kill Dee Dee, and escape to live together. However, there might be some flashbacks, providing more details to the story. Till now, we have seen just one side, and the next episode will reveal the other side too! Therefore, get ready to see a twist in the story.