Hajime No Ippo is written and illustrated by Jyoji Morikawa, and he has quite a reputation in the community because of his boxing manga which is still ongoing. He even owns a boxing gym known as JB Sports Gym. A fun fact about him, Kentaro Miura used to work as his assistant. The manga has received multiple adaptations, and they are made by Madhouse. So this review will mainly focus on the original 76 episodes, which cover up to the 30th volume, or just season 1.

Hajime no Ippo has to be one of the best anime I have seen, ever. On the surface, it’s just another sports anime and can seem very formulated. And it is that, to some extent, but on the face of what it does right, you wouldn’t even pay any head to these issues. The main story revolves around a guy named Ippo Makanuchi, who works in his family fishing business with his mother. Ippo gets bullied a lot, and one day, a guy named Takamura brings him to a boxing gym, where Ippo discovers his boxing talent. Boxing, by its nature, is peak drama, just look at the amount Hollywood movies made on Boxing, and there is something special about Raging Bull and the Rocky series, heck, even Southpaw.

There is a tried and true formula, and it can get quite predictable, but it remains entertaining. What this manga does is treat each one of its arcs as a movie while making sure that the characters progress realistically. But at its core, it still is a shonen manga, and there is something wholesome about this genre. The hopeful nature of it always leaves you smiling at the end. Not everything needs to be dark and gritty.

Each arc leans heavily on the stuff that happens before the fight. Before an actual big match comes up, the story takes its time to set up all the characters. Both the sides are fleshed out as much as possible before the plot eventually moves to the fighting part, and of course, there are the awesome training montages here as well. It can create tension to such an extent that even the mere act of measuring weights before the match becomes a huge confrontational moment. And all of it genuinely pays off in the ring. 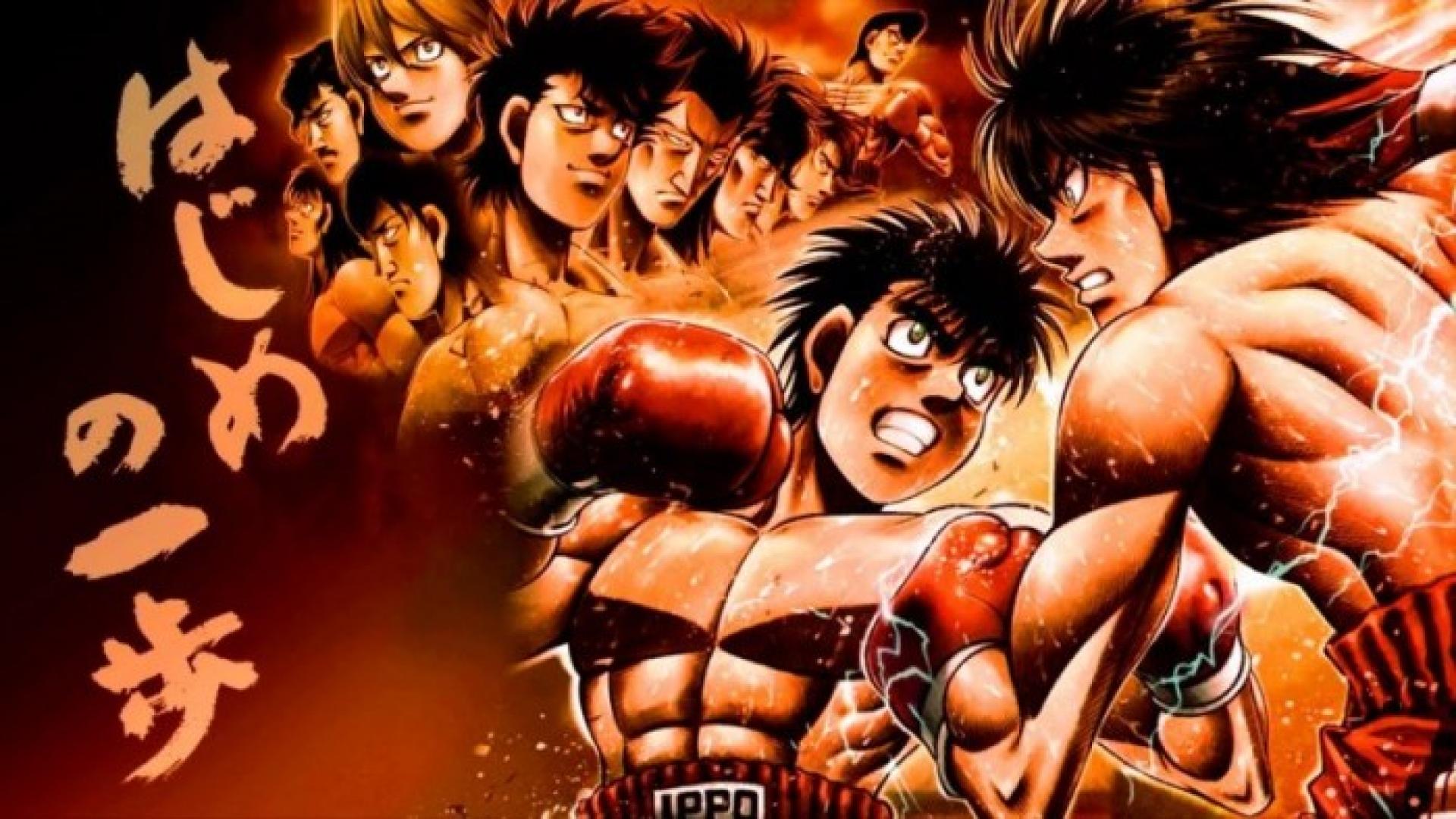 That’s not to say that the fights only rely on the characters, there is Boxing, and the anime depicts that spectacularly. Even if you don’t know anything about Boxing, this anime will make you care about each one of the moves, from the simple jabs to the Dempsey roll. The exciting part is how grounded in reality they are, there is no over-the-top move or something unrealistic. It is a genuine sports manga that truly understands what makes Boxing entertaining.

The story is very formulated, though. There is a set pattern that each one of the arcs follows, and once you have noticed it, you might end up getting bored or find it repetitive. There are a lot of shows that I have dropped because of that. But none of the episodes feel wasteful here. The pacing is great, and there is constant character progression. Be it a sparring match that Ippo has to fight or a title match, they all feel important. And Ippo loses some of the fights. But instead of rushing past these moments, the story takes its time to make sure that each loss and win feels genuine. And when so much care is put into each one of the arcs, you will stop thinking about the pattern altogether and just enjoy the story. Although I have to admit that binging it can get a bit tiring.

The first season uses traditional 2-d animation, and it looks gorgeous. Well, at least during the fight scenes. At its worst, the characters are drawn with little to no movement, with their mouths being the only thing that moves. But apart from the slice of life elements, the show knows how to sell the impact of each punch in a fight. The fights won’t be half as intense as they are if it wasn’t for the animation. But that’s to be expected from Madhouse. The anime creates the hype out of the most basic of the moves, and it feels like it’s taking advantage of the fact that the show is animated. No matter how raw the movies are, they just can’t capture the absurd details of a punch and the raw emotions of the characters. Slow-motion is used to precisely show how the punch got through, and the white steam is used to emphasize the amount of force, all these little things are what create the hype.

The 1st season of the anime might not have the cinematic flair and visual depth of most anime, nor does it have the fluent animation like Cowboy or Neon Genesis, but it still manages to accomplish what it sets out for and manage to look genuinely great at some points. And it is accompanied by an amazing sound design. The sound of each punch feels weighty. Now I have a sudden urge to insert the berserk “clang” joke, but it’s too overdone at this point. Also, a piece of advice, stay away from the English dub… it isn’t nice. Especially the voice actor of a Russian character named Volg, the way he tries to imitate the Russian accent reminded me of the scene from the Hindi dub of Spider-man 2 where Mary Jane tries to speak Hindi in a British accent. It’s just hilarious and sounds out of place.

Since the show spends a lot of time on the character development portion of the arcs, each one of them feels real. This is what can create tension and make the matches feel genuine, there will be times when you will truly not know who will be the winner. Each one of them has a reason to fight, and when it comes to the boxing matches in the show, it doesn’t matter who has more physical strength. All that matters is the resolve of each character. Let’s start with our main lead- Ippo, he is the underdog. He helps his mother in their family fishing business, he is a bit timid and gets bullied, but he never shows a shred of bitterness toward anything.

This also leads to his bullies becoming his supporter so that they can repent for their actions. One of the guys even goes out of his way to help his family business just so Ippo can focus more on Boxing. He genuinely feels like a nice guy who fights because he loves Boxing. He doesn’t have some grand goals despite being a shonen protagonist, nor does he scream out that he will be the best boxer or something like that.

The same can be said for other guys as well. There was a match where I wanted the opponent to win, and what do you know, it was the Russian Guy, Volg. The anime excels in this department. The comedic elements also land because each one of the characters feels like a living, breathing person. The story also takes some time off to show the matches of other supporting characters, and they are just as entertaining. Oh yeah, there is a romance aspect to the story as well. And it feels…fine, a bit similar to other shonen anime, but it’s fine.

Hajime no Ippo is a good sports anime that knows how to create tension and doesn’t shy away from the character drama. Both the Boxing and slice of life elements are well balanced, sprinkled with some lighthearted comedic moments. It takes the more hopeful approach, at least if you compare it to other fighting mangas or animes. I highly recommend you check this anime out, the first season might feel a bit dated, but it has those moments of brilliance that will hook you in after a while. And if it starts feeling a bit repetitive, take a break and watch other animes…that I have reviewed.