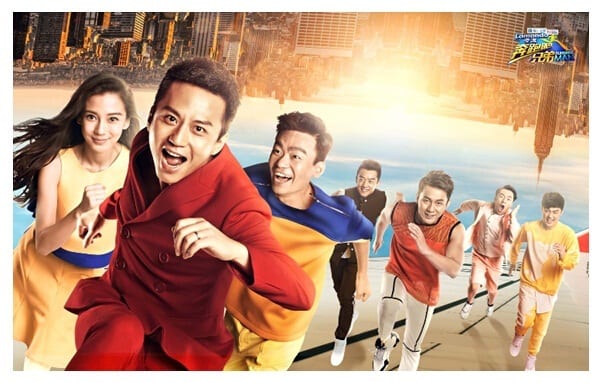 The South Korean variety TV show aka Running Man aired first on July 11, 2010. It has been a none stop journey since then. Running Man, the show is typified as an “urban action variety.” This is something that’s a never-before-seen new genre of variety shows. There are MCs and guests that complete missions and landmarks in Running Man to win the ultimate race. The show Running Man has received praise and attention for being a come-back program for Yu Jae-suk, the main MC of the program, after leaving Good Sunday’s Family Outing in February 2010.

SBS’s show Running Man has also sneak peek at its upcoming episode on June 30. It showed us new stills of its cast members that are eagerly waiting to discover the identities of several famous artists who performed together with them at their special ninth-anniversary fan meeting. The said episode was called “Running Man” cast (as well as the singers with whom they’ll be collaborating). The castmates battled it out, to decide which members will be teaming up with each of the artists.

The cast of Running Man also did an Avengers photoshoot which looked terrific. This shoot was a part of “Running 9,” and it showed Yoo Jae Suk given the task of designing a t-shirt as merchandise for the fan meeting. The brilliant Yoo Jae Suk dressed up himself and his fellow members into Avengers characters. Hence we got to Yoo Jae Suk as Captain America, Kim Jong Kook as the Hulk, Lee Kwang Soo as Groot, Song Ji Hyo as Gamora, Jun So Min as Yondu, Yang Se Chan as Rocket, and Haha as Ant-Man. Ji Suk Jin was the only one not dressed as a Marvel character, instead of posing as Gung Ye.