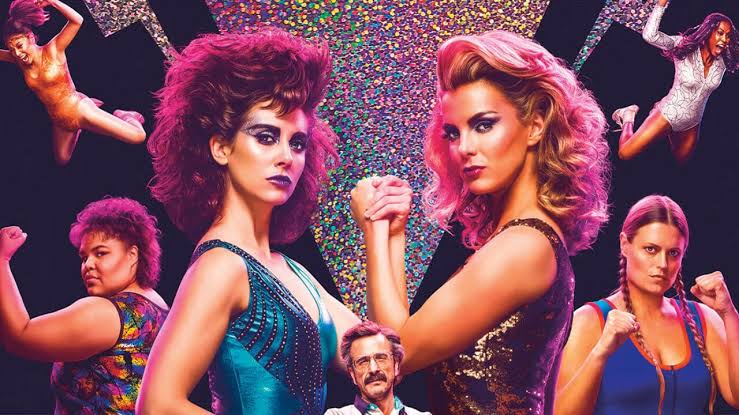 A lot of Glow watchers believed that the show wouldn’t continue beyond the second season. However, the show’s return was announced by the official Twitter account. The news was released via the Twitter account on August 20, 2018. In the second season, we saw plenty of drama. We saw that Ruth Wilder and Debbie Eagan tried to save their complicated friendship. Here’s all we know about Glow Season 3

Glow Season 3 update:
There is currently no update for the third season of Glow. It is expected to be released in summer 2019. We can expect some update in the upcoming weeks. (Updated details at the end)

Glow Season 3 Cast:
Now, let’s move on to the cast of the show. We should expect the main cast to come back for a third season. So, here is the possible casting for the new season of GLOW:

There has been no information regarding the plot details for the third season of the show. All we know that they will be heading to Vegas. From what we have seen in the second season, we will see a lot of stuff getting properly explained. It will be interesting to see whether Sam and Ruth will be able to maintain their friendship. Ruth is going to join Russell in a long distance relationship. Bash and Rhonda who were married in the second season will also see their relationship being tested.

It will be interesting to see how the third season pans out. A lot of people would be speculating whether or not the show will end with the third season. But, we can only come to a specific answer once the new season comes out.

Finally, the show has released everything that the fans were asking for, whether it is update, or a trailer. First of all, we are going to see the show returning a bit late than we expected, but it will not be a big issues as long as the fans are not waiting for months! The show is returning on 9 August 2019, and it will be on Netflix of course. With mentioning Netflix, we know that all the episodes will be released together.

Which means, the fans will have a lot of content to see and talk about, which would be amazing! Also, the trailer is out of the third season, which was released last month. You can check that out below, and keep speculating until 9 August arrives!