Who Is Youtuber RiceGum’s New Girlfriend In 2022?

Who Is Youtuber RiceGum’s New Girlfriend In 2022?

YouTube is definitely the “Ticket to fame.” Today, the successful and popular celebrity is one who is utilizing social media fully. It is for sure that if you are popular on social media, you will get fame and a name in the world. The same is with the famous Youtuber RiceGum. He is one of the most controversial personalities on the social media platform. He has made it to the headlines several times by disclosing almost everything about his personal life. The audience always wonders about his dating life, RiceGum’s new girlfriend, and his exes.

Mostly, his female fans want to know everything about his dating history. Practically, he got all the fame from YouTube, and the platform has been proved to be a “Celebrity-maker” for him. Today, RiceGum has become recognized across the globe. He rose to fame due to his diss tracks and controversial fights with online entertainment characters. So, let’s get to the details of RiceGum’s new girlfriend and more about his personal life.

When RiceGum fought with stars like iDubbbzTV, he got maximum consideration. RiceGum new girlfriend rumors originally started when he uploaded a video titled, “My ex-girlfriend calling me… we picked up.” Nevertheless, the video is from 2021, which gave rise to the audience’s curiosity about his love life. The YouTuber started his career in 2012. It was soon that his channel became a success. His videos of diss tracks and quarrel with other YouTube personalities were loved by the audience. He is known for his wittiness and feuds. Since he made the channel, it has got over 10 million subscribers and over 2 billion video views. 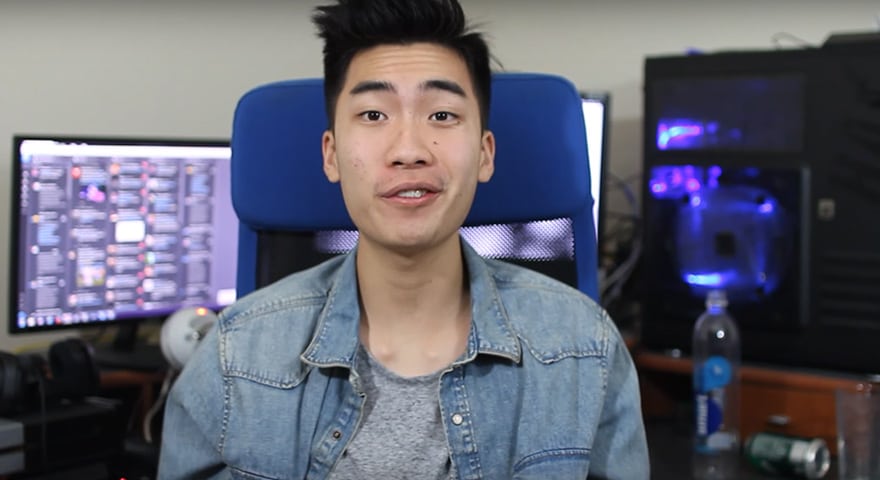 Over the years, he has become fans’ favorite. Not just funny videos, he is known for his singing too. In 2017, RiceGum was ranked #25 on the Billboard Emerging Artists chart. Further, his song, “It’s Every Night Sis,” went on to get certified platinum by the Recording Industry Association of America (RIAA) in March 2018. The news of RiceGum’s new girlfriend may upset many female fans, but it is what it is. RiceGum was so influenced by his online success that he dropped out during his first year of University to make a living out of YouTube. And there is no doubt that he has been greatly successful.

Also read: Riri Williams: Who is She? All That You Should Know

The rumors of him dating Ellerie Marie took rounds on the internet in 2021. In addition, it is still speculated that the couple is dating each other. So, it can be said that RiceGum new girlfriend is Ellerie Marie. She is an American TikTok star and a social media influencer. Thus, she is a star of Gen Z, just like RiceGum. The influencer has around 382k followers on TikTok and 223k followers on Instagram. Undoubtedly, Ellerie is an influential personality. We bet her followers must be increasing as you are reading.

Nevertheless, Ellerie became more famous by becoming a regular on RiceGum’s youtube videos. The duo is taking the internet by storm with their dating rumors. In addition, Ricebum has dated Abby Rao in the past, who is also a TikTok and Instagram influencer. The couple started dating in 2019 and even made a channel on YouTube titled “FamilyGum,” where they used to put all the content related to their love life. Well, we speculate that RiceGum new girlfriend and RiceGum are having the time of their lives by getting all the world’s attention.