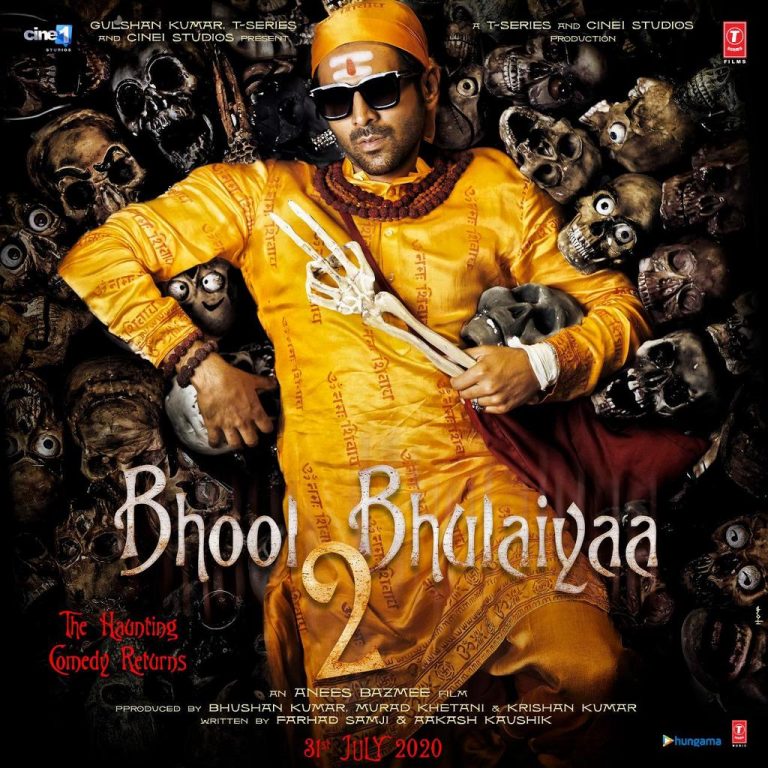 Karthik Aryan and Kiyara Advani Starrer Bhool Bhulaiya 2 had all the fans across Bollywood extremely excited about it. The Upcoming Hindi Language Horror Film directed by Anees Bazmee and produced by Bhushan Kumar was all set to release on in March of 2020. But with the COVID-19 Pandemic and strict government regulations, the release date was postponed, and as the fans have been demanding updates about the release date of Bhool Bhulaiya 2. So in this article, we will discuss all the recent updates associated with it. So here is all you need to know about the Upcoming Comedy Horror Drama.

Bhool Bhulaiya 2 What is this about and When Can We Expect the Movie to be Released?

Bhool Bhulaiya 2 is the sequel of the Original Movie Bhool Bhulaiya of 2007 Which was directed by Priyadarshan and starring Akshay Kumar and Vidya Ballan. The Sequel was announced in the Mid of 2019 and the filming and the production for Bhool Bhulaiya 2 began on 9 October 2019. It was originally set to be released on March 2020 but with the Ongoing COVID-19 Pandemic and the Nation Wide Lockdown Imposed by Government for the Safety of the People, the release date was postponed and as of the recent updates are concerned the Production House for the Bhool Bhulaiya 2 is looking for the permission of the Uttar Pradesh Government to resume the shooting for the film which was left half done in March. So as of now, we can only hope that the filming will begin soon so that the production house can complete their shooting in Time.

As far as the release date for Bhool Bhulaiya 2 is concerned we can expect the film to be released by the Early Months 2020 depending upon the completion of the film shoot and the post-production works. But as of now, there have not been any official updates from there side about the release date of Bhool Bhulaiya 2 so it is better to wait for an official word from their side. If we receive any further updates we will keep you posted.

The Cast for the Bhool Bhulaiya 2 consist of Kartik Aaryan
Tabu and Kiara Advani earlier this year e poster of the film was also launched there the original release date of the film was mentioned as 31st July 2020. But amid the COVID-19 Pandemic and Lockdown Restriction the release date for the Bhool Bhulaiya 2 has been delayed and as far as the recent reports suggest the film production house of Bhool Bhulaiya 2 is in touch with the Uttar Pradesh Government for giving them the permission to complete the film shooting in time meanwhile Karthik Aryan’s next film project Dostana 2 is also on cards which are also stuck on its shooting stage and the actor is expecting his rest of the projects to resume amid the pandemic restraints.