By Meshack Makungo
In AnimeNews
on September 1, 20206 min read 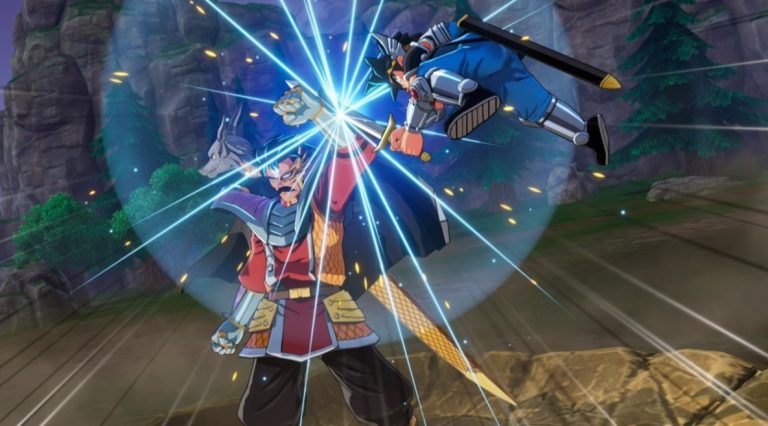 The summer 2020 anime introduced some interesting shows and as it nears its end, it is about time we start to look over the horizon as the fall 2020 animes are almost here. So fans will be excited to hear that anime like Danmachi season 3, Haikyuu, and Noblesse will be coming to the screens. In this post, we will be looking at the most anticipated fall 2020 anime you should definitely check out. Some of them will be brand new whilst some will be continuing where they left off.

Although no release date for the third season has been revealed yet, fans are thrilled that the return of the anime is close. More details will be released soon as for now, “Is it wrong to try to pick up girls in a dungeon” Season 3 is only slated for October 2020 release.

Amongst the anime that will be making their debut this fall, we have Noblesse that will be coming along with other Crunchyroll Originals. This was revealed earlier last month by Crunchyroll and ever since most people are looking forward to the first adaptation of this anime.

To make things more interesting, Jujutsu Kaisen manga adaptation is also set to premiere in October 2020. The full details about the adaptation are yet to be revealed as for now it is only slated for Fall 2020 anime season.

8bit studio will be animating the upcoming season of the anime and it is set to premiere on the 3rd of October 2020. The PV and visuals for the anime have been already released officially as we are only a month away from the season premiere.

Most of the anime coming for fall 2020 will be brand new, meaning that there won’t be as many shows continuing from their previous seasons. Amongst the list is “When They Cry” which will premiere on the 1st of October 2020.

Addin to the list of brand new anime for the upcoming season is Hanyo no Yashahime. Also, know as “Yashahime: Princess of Half-Demon,” The anime will be animated by Sunrise studios and will make its debut on the 3rd of October 2020.

Strike witches will continue from its previous season with “Strike witches: Road to Berlin.” for the Fall 2020 season. The anime will premiere on 8 October 2020 and will be animated by David Production studios.

On the Isekai genre, we will have “Kami-Tachi ni Hirowareta Otoko,” which is also known as “By the grace of the gods.” The promotional video for the anime has been released already as the anime is set to premiere on the 4th of October 2020. The anime will run for its first season and will be animated by Maho Film studios.

Another adaptation by Maho Film will see “100-man no Inochi no Ue ni Ore wa Tatte Iru,” making its debut on the 2nd of October 2020. Kodansha Comics has already released the synopsis of the anime and it is amongst the most anticipated anime for fall 2020.

Golden Kamuy will be returning to the screens once again and we will see how the story continues in Golden Kamuy Season 3. The exact release date for Golden Kamuy season 3 is yet to be revealed in due time. But the official announcement revealed that it will be sometime in October, so hopefully we will get more updates soon.

Another anime set to premiere in October 2020. This anime will be animated by P.A Works studio and will be among the early animes of Fall 2020. Also known as “Kamisama ni Natta Hi” the anime will run for its first season which will likely have 12-13 episodes. But for now, the number of episodes for the first season is not yet officially decided.

Silver Link studio will be animating this utopian anime and will be amongst the first anime for Fall 2020. The first episode will premiere on 7 October 2020, the PV and visuals for the anime are already revealed as we only a month away from its debut.

The anime adaptation will follow the original story from King’s Raid game but will feature brand new characters that did not appear in the game. The premiere date for the anime is set to be somewhere in October 2020 and the anime will be animated by OLM and Sunrise Beyond studios.

Toei Animation will be bringing us another installment in the Dragon Quest franchise. Also known as ” Dragon Quest: Dai no Daibouken (2020)” the anime is scheduled for an October 2020 premiere date. But so far we haven’t had any updates about exactly when we will get the first episode or how many episodes will this season run for.

Studio Mappa will be bringing us the anime adaptation of Taiso Samurai for the Fall 2020 anime season. The official PV for the anime has been already released and is set to broadcast its episode 1 on the 11th of October 2020. The total number of episodes for the first season are yet to be officially revealed.

The second cour of A3 will be coming back as “A3! Season Autumn & Winter” and is set to premiere somewhere in October 2020. The second cour will be animated by P.A Works studio and more details about its premiere are yet to be revealed.