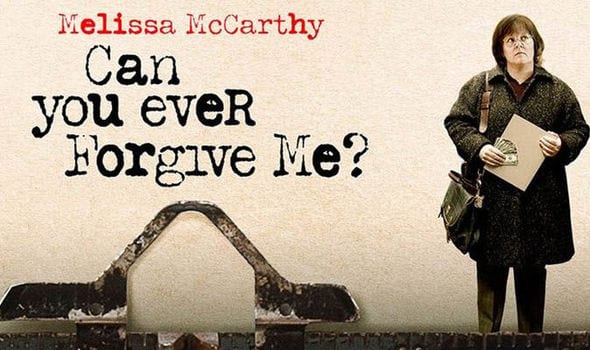 Can You Ever Forgive me? Is the movie that actresses like Mellisa McCarthy rarely take up. From comedy to drama, she’s made a successful transition between the two worlds. Can You Ever Forgive Me? Is based upon a true-life story of a not so successful writer Israel as she tries to boost her failing writing career by forging letters from deceased authors and playwrights. It is directed by Marielle Heller and Jeff Whitty. It is written by Nicole Holofcener. The movie derives from Lee Israel’s memoir which goes by the same name. The movie was snubbed at the Oscars recently for not receiving a single nomination, including for the actor Richard E. Grant.

The cast of the movie includes:
Melissa McCarthy as Lee Israel, Richard E. Grant as Jack, Dolly Wells as Anna, Christian Navarro as Kurt, Ben Falcone as Alan Schmidt, Jane Curtin as Marjorie and Stephen Spinella as Paul, etc. Julianne Moore was cast earlier to portray the biographer Lee Israel, but she dropped out of the project in 2015.

While the movie had its world premiere at the Telluride Film Festival on September 1, 2018,
Can You Ever Forgive Me? will be released in UK cinemas on Friday, February 1, 2019. And for those of you who have purchased tickets to the upcoming BFI film festival, the movie is available much sooner than you expected it to. The movie will also have a UK Gala Screening at the BFI London Film Festival on Friday, October 19, 2018. Here check out the trailer below: