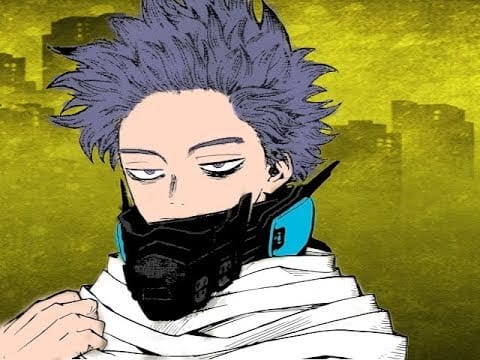 My Hero Academia Chapter 216 came out earlier today, and just as expected, it was a solid chapter, which finally put an end to this fairly average arc. Now that the arc is over, I can finally reveal my thoughts on it, and in my opinion, it was okay.

The majority of the arc was average, and we had nothing too good there. Todoroki’s fight was decent, but I don’t quite like how it ended. Bakugou’s fight was incredible to see, and I think that remains to be the highlight of the arc. Midoriya’s fight was average as well, but the part outside the fight where he got his second quirk was shocking.

Overall, I think the arc had more boring moments than good ones, so I don’t think I can say that Horikoshi did a good job with this one. However, my hopes are up that the next arc will be better. So, now let’s come over to the spoilers of My Hero Academia Chapter 217.

My Hero Academia Chapter 216 will see the exam end, as expected. Shinsou is defeated, and everyone gets captured. Monoma obviously loses his sense at this, and I don’t know why but he gives me serious villain vibes.

We also find out that during Year 2, we’ll see Shinsou join the Hero department, but which class isn’t known. It seems Monoma will also be involved in the next arc, as Aizawa told him to come to meet him at Eri’s place. Maybe Monoma will copy Eri’s quirk to try and see if he can control it?

Coming over to My Hero Academia Chapter 217 spoilers, I don’t know how things will pan out from here, but I’d like to think that we’ll see Midoriya and All Might talk about what just happened and its implications.

At the same time, I hope we get to see more of Shigaraki. We haven’t seen him in quite a long time. I don’t think the series is half as good as it can be when he isn’t around, and I want to Villains to come back to the story quickly.