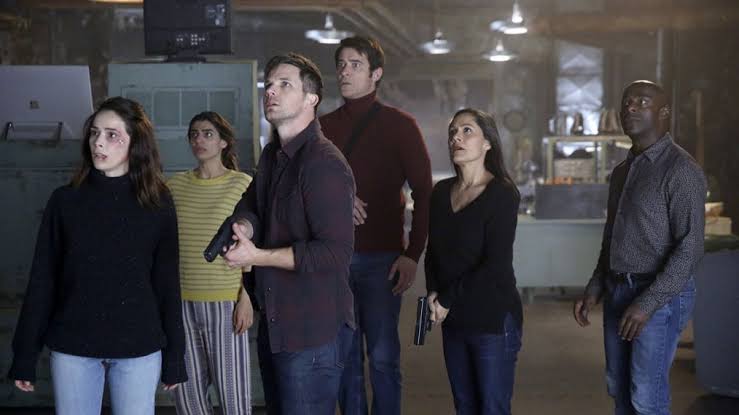 In this post, we are going to talk about Timeless season 3 renewal odds and updates. Before going ahead, the article might have spoilers from the previous seasons, so beware of them if you have not watched that episode. However, it would be ridiculous to say that because those who have not watched might not be searching for a third season in my opinion.

So, fans were the guiding force of the show as Timeless has seen a lot of peaks and valleys in its entirety. The show got canceled by NBC twice and NBC bad to bring it back due to fans’ demand. As we are aware, the show was canceled after the second season, but nobody wanted to see such an end which had a huge cliffhanger.

So, fans started campaigns to revive the show again, and NBC had to accept the people’s opinion and revived the show for two episodes to conclude the story. The show was renewed for two finale episodes in July of the last year, and it premiered on 20 December 2018. Even after the second season concluded, the fans wanted more from their favorite show!

So, are there any chances of the show getting another series? Well, NBC does not seem in a mood to bring the show back as they have officially declared the end. However, co-creator Shawn Ryan’s statement, “There’s a door open if someone is interested in opening it further,” raised hopes in the fans for another season.

The finale episodes featured Jiya, Lucy, and Wyatt going to 19th century California to put an end to an evil organization called Rittenhouse. Also, the latter half of the finale featured 1950 North Korea where the team managed to unite a Korean family. In the end, Lucy gave a copy of her book which is the source of the adventure.

We have seen it many times that other networks are eyeing for such shows which are popular amongst fans and have been canceled by the parent network. Netflix is one of the examples as it always grabs such opportunities. So, if the makers have a story to continue and a network is interested in getting the show back, then we could be seeing another season of Timeless for sure.