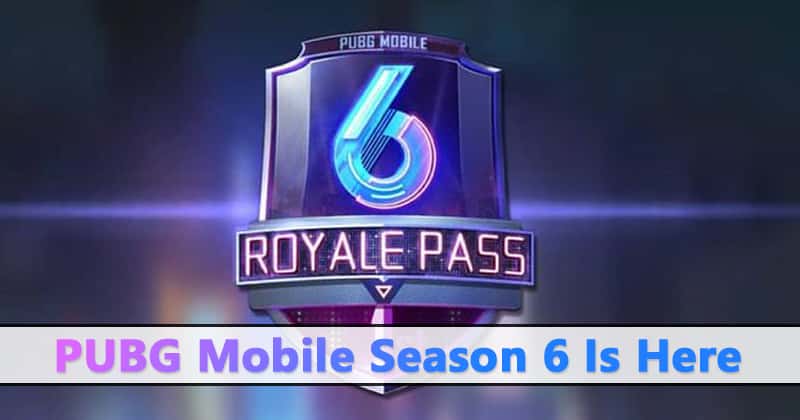 March is coming towards the end, and you know what that means, we’re getting closer to the previously reportedto PUBG. We’re currently in the fifth season of the game which began on January 21, 2019. Now, we’ll be entering the sixth season of PUBG, and everyone is ecstatic for its release.

If you want to know what new content is heading our way in PUBG Season 6, you’re at the right place because we’ll be discussing exactly that down below in this post. So, without wasting any more time, let’s get to it. The most insignificant part of theis that it is going to bring a new song. Frankly, I’ve never been a fan of the music in the Battle Royale games, so this doesn’t really do anything for me. However, there is more than just songs heading our way.

According to the reports, new vehicles and even new weapons are heading our way with PUBG Season 6. The first thing we have coming our way is the new Assault Rifle called G36C. It is said to have a decent amount of stability, and fire-power at the same time.

G36C will be available only in the Vikendi map, and it is something that has certainly piqued my interest. Aside from this, Season 6 will also bring a new vehicle called Tuk Shai. It’s a three-wheeler vehicle which isn’t really all that good. You can fit four people in it, but I’d still prefer any car over it. So, again, this isn’t something that I’m looking forward to.

One of the more interesting things that are reportedly heading our way is that dynamic weather in Erangel and Miramar maps. We’re also getting new Avatars, frames and a new Badge for Royal and Elite Passes.