A Quiet Place Part II or A Quiet Place 2 is an upcoming horror film that is the sequel to A Quiet Place that released in 2018. The sequel film was written and directed by John Krasinski. It was an extremely successful movie that made lots of money. It was loved by the critics and audience alike for its innovative take on the horror genre. Because of its success, there talks about a sequel, and it was confirmed that a sequel would come.

These talks began in April of 2018, which was after the success of the first film. In August of 2018, Krasinski was writing the film, and he was hired in February 2019 to direct. The filming for the movie took place in Western New York from June 2019 to September 2019. The fans got a taste of what’s to come in the upcoming movie by a 3-second teaser trailer for the movie, which released on 13 December 2019.

Is A Quiet Place Part 2 getting delayed because of Coronavirus? -1

There are rumors going around that A Quiet Place Part 2 will be delayed to Fall 2020, this is not confirmed but many movies are getting delayed to 2020, one of them being Peter Rabbit 2: The Runaway. This is because of the global pandemic that is going on right now, Coronavirus is affecting the world of movies as well as other businesses.

It is now confirmed that The Quiet Place 2 will be getting delayed, it came into light when John Krasinski tweeted to his fans on Twitter.

Krasinski tweeted the following: “One of the things I’m most proud of is that people have said our movie is one you have to see all together, Well due to the ever-changing circumstances of what’s going on in the world around us, now is clearly not the right time to do that. As insanely excited as we are for all of you to see this movie … I’m gonna wait to release the film til we can all see it together, So here’s to our group movie date! See you soon.”

John Krasinski did not provide us with a new but it will be anytime around fall 2020, as of now this is what’s expected, we willyou for the same. 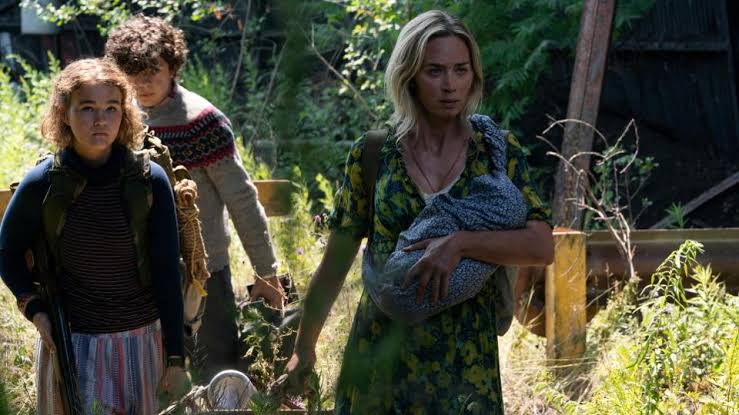 When is A Quiet Place Part 2 update?

A Quiet Place Part 2 is scheduled to release on 20 March 2020. A full trailer was revealed on 1 January 2020, which is available on YouTube. Thefor the movie has been announced; The cast for the film consists of Emily Blunt as Evelyn Abbott, Millicent Simmonds as Regan Abbott, Noah Jupe as Marcus Abbott, Cillian Murphy, and finally Djimon Hounsou.

What is A Quiet Place Part 2 about?

As for the story, the official synopsis reads:

“Following the deadly events at home, the Abbott family must now face the terrors of the outside world as they continue their fight for survival in silence. Forced to venture into the unknown, they quickly realize that the creatures that hunt by sound are not the only threats that lurk beyond the sand path.”

We would see the family surviving and they will be meeting new people who have survived this disaster. A Quiet Place is in pre-production right now which is nearly finished and Krasinski, as well as Paramount Pictures, are keeping quiet about this. Henry might not have seen the full script, and it could be rewritten. This does sound interesting as it will good to see how they will tell us the story of the monsters that are in the film.

We might see the main character talking in this film, or will we see a flashback that will clear this mystery on when the monster arrived and what their motivates are. Moreover, this suspense about the monster is something that the viewers very extremely interested in. And when the first film didn’t reveal about creatures originated and what happened to the rest of humanity, the interest grew even more.