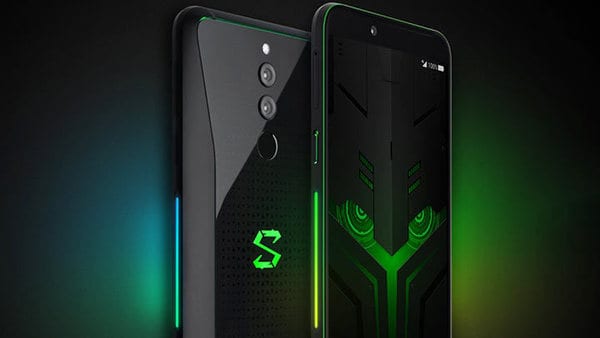 Xiaomi Black Shark released the Black Shark 2 in India. This smartphone was first debuted in China in March 2019. It possesses a Qualcomm’s Snapdragon 855 SOC and includes up to 12GB of RAM. One of the most amazing features of this phone is its Liquid Cool 3.0 liquid-cooling technology to increase heat dissipation and also it has a touch response rate of 240Hz. The Liquid Cool 3.0 increases heat dissipation by 20 times. Moreover, it has Qualcomm’s Snapdragon Elite Gaming, which delivers an upgraded gaming experience while on-the-go and it had a pressure-sensing Magic Press technology.

This phone has a dual-SIM (Nano) Xiaomi, a 6.39-inch full-HD+ AMOLED display along with TrueView Display support hich 19.5:9 aspect ratio, and 403ppi of pixel density. It possesses an octa-core Qualcomm Snapdragon 855 SoC which is paired with Adreno 640 GPU and up to 12GB RAM. As for the camera, it has a dual rear camera setup that has a 48-megapixel primary sensor with an f/1.75 lens and a secondary sensor of 12-megapixel with an f/2.2 lens. This rear camera supports 2x optical zoom. And the selfie camera of the phone has 20-megapixel selfie camera at the front that has an f/2.0 lens on top.

It has a storage of 128GB and 256GB of UFS 2.1. The phone comes with 4G VoLTE, Wi-Fi 802.11ac, Bluetooth v5.0, GPS/ A-GPS, and USB Type-C port. Sensors onboard also have an accelerometer, ambient light, and a gyroscope. Moreover, this phone has an in-display fingerprint sensor and has a 4,000mAh battery. The price of this phone has been revealed which are as follows:-

The phone will be available in two colors, first Shadow Black and second Frozen Silver. The Black Shark 2 will go on sale in India starting June 4 through Flipkart.