In today’s post, we will be looking at Dr. Stone Chapter 154 more updates from the last chapter of the Manga. Magma told everyone to evaluate the state of the war they both gathered around the map that looks like a board game looking for the base of the enemy so that they can know the persues exact location. Senku’s group plan to turn the Perseus into an aircraft carrier and they started with a Quik construction project to help them take down the enemy. Meanwhile, Stanley is traveling through the forest armed with his machine gun.

Note that this post might contain potential spoilers about the upcoming manga chapters. Take a look at our latest update so far below.

Dr. Stone Chapter 154 will be released on 14 June 2020. The latest chapters of Dr. Stone are released every Sunday along with other Mangas that are on the same weekly schedule. 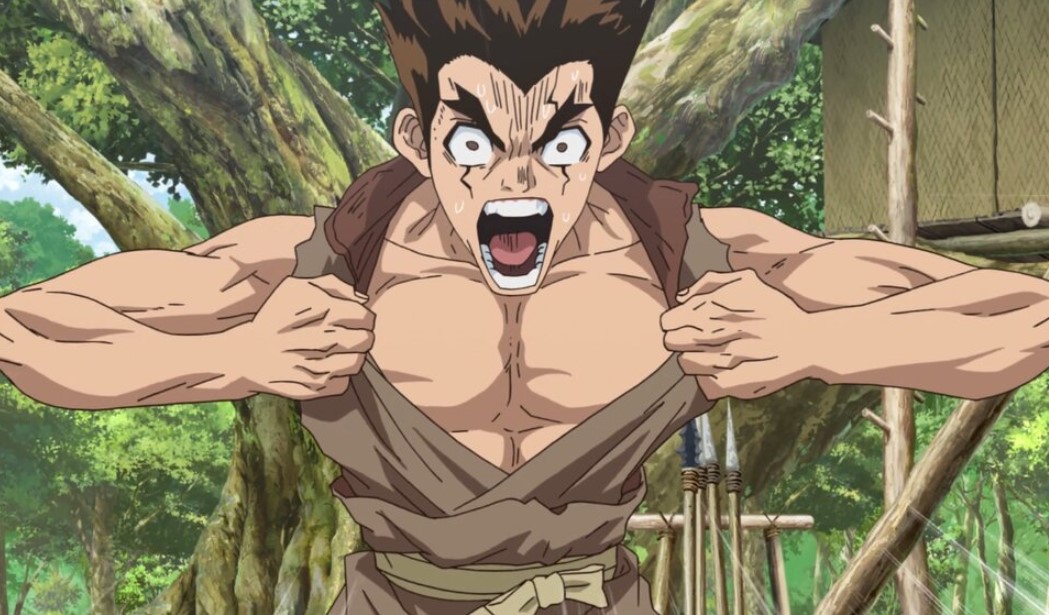 Senku and his group are busy building finishing their construction thinking that the enemies do not stand a chance against them. Meanwhile, Dr. Xeno thinks that the got nowhere to run because he has deployed the spy plane to discourage them. Dr. Xeno told his group that he has a solution in mind that is elegant. He will keep them pinned down and assassinate the enemy scientist.

Dr. Xeno Sugested that they only need to eliminate their leader and bring down the kiddie kingdom of science crumbling down. Dr. Xeno said that according to his new friend  Mr. Gen there is only one superman science pro between them. Dr. Xen told Mr. Gen that he must not question Stan’s job because if he says he can do it he will do so. Hyoga suggested that they can give up on the corn, abandon Gen along with Kohaku and save themself.

Taiju replied that it won’t happen but Senku suggested that they must fight with them. Tsukasa said that they can send a small elite unit since Xeno is the source of their science and their goal is to capture Dr. Xeno. Senku then selects Tsukasa, Hyoga, Ukyo, and  Suika. Senku also said neither side can move its base of operation nor they can flee it is a science siege that could turn into the Kingdom of Science vs the Kingdom of Science battle.