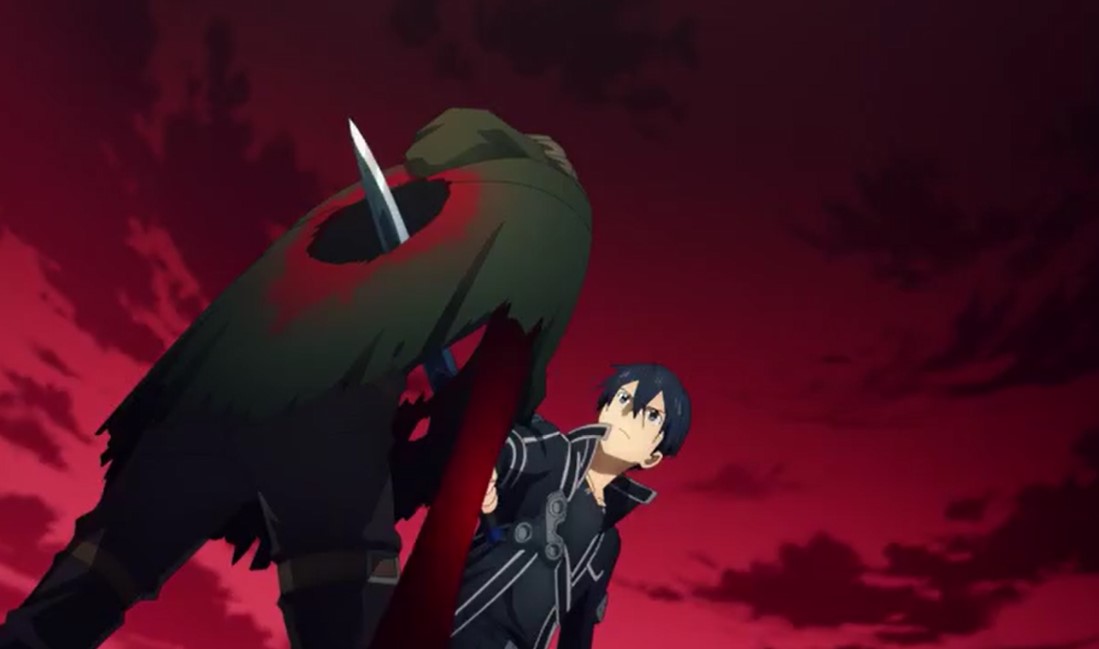 After Kirito manages to save Asuna and others Asuna welcomes him back. Poh is happy and he praises Kirito for waking up. Kirito is heading toward Poh and he summons his black sword to fly towards him. Poh also summons his evil powers to flow over his blade. He told Kirito that they must continue where they have ended. Suddenly Poh charges quickly towards Kirito and they started fighting.

Poh told Kirito not to let him down since he has been waiting to kill him for almost two years. Poh takes down Kirito and he points his sword to chop Krito who dodges quickly. Kirito is not attacking he is just blocking and dodging and Poh sends him flying but Kirito brakes on the ground. Poh suggested that Kirito must throw away his sword and use his left hand. 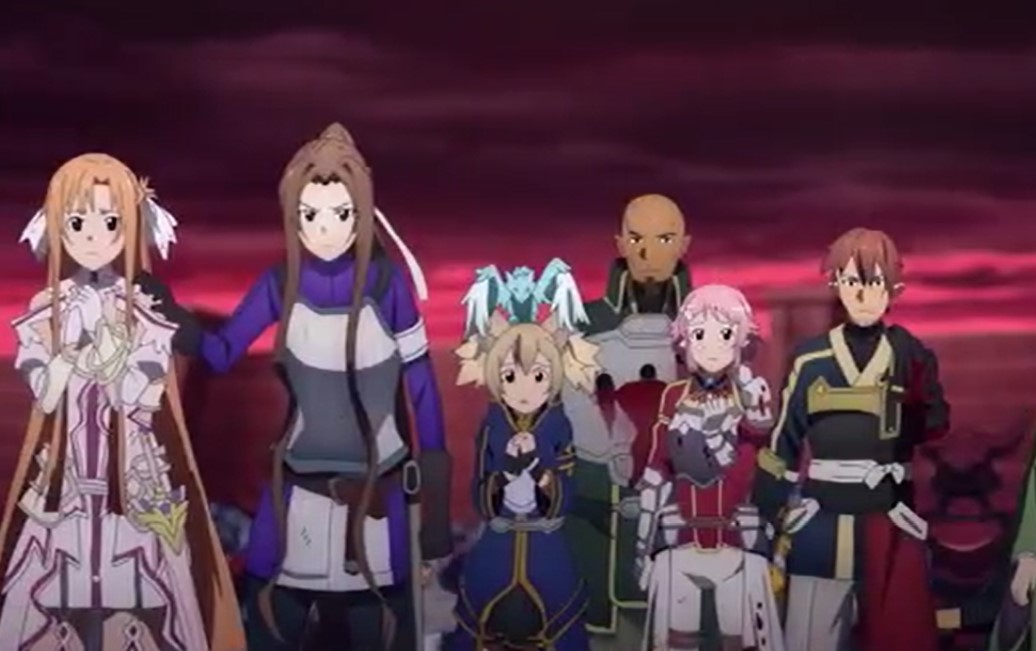 Kirito is carrying two swords the black sword and the white broken mini sword. He is blocking Poh’s blade with the black sword and he told him that he does not gain anything from hatred. Poh said that once the ice that Kirito uses to froze the red forces melt they are going to kill all of Kirito’s comrades. He also said that after he kills Kirito he is going to put lighting flash.

Eugeon shows up in a form of spirit and gives Kirito courage to fight back Poh. They pushed back Poh’s sword that was making Kiritro’s neck bleeding. Kirito stands firm shedding tears and he sends Poh flying. He unleashes his white sword and points it to the sky making a move called Releases Recollection. Kirito uses his powers and log out all the players that were frozen so that they won’t suffer.

His white sword now is back in its old shape with more power inside it. Poh tries to take the source of players but he failed and asks why are they not coming to him. Kirito release recollection and all the sources of the players came to his two swords. Kirito’s neck gets healed and he started transforming to a powerful being. Kirito and Poh level their powers equally and Kirito said its time to end this.

They got involved in a fierce battle and Kirito attacks with a bursting element that created smoke around Poh. Poh manages to block the attack and Poh created two other clones of himself while charging towards Kirito. Kiro manages to defeat all of them and he makes a whole through Poh’s body and cuts his left hand.

Poh said that it is not over even if he logs out in the underworld he will keep coming back for them. Kirito replied that Poh will never come back. He uses his sword to seal Poh in a giant tree that villagers couldn’t even chop down. Kirito talks with Kikoka and apologizes telling him that they will be back soon to the real world. Kirito appears in front of Alice and he is going to fight with another villain to save Alice.

With those updates so far we will be back again next week with more updates that’s what we manage to offer for today. Note that as soon as the new episode is released of this Anime we will be bringing you the updates of the next episode.