One Piece Chapter 958 dropped just a few hours ago and once again, Oda has delivered a great chapter. This one might not have been as information-packed as the last one, but the delivery of the chapter was top-notch. The art was absolutely stunning and the contents of the chapter were definitely something that blew the fans’ minds. We think that One Piece 958 had a different kind of feel to it, which is what made it so special. Instead of some great reveals, we were treated with heartbreak, and shock. 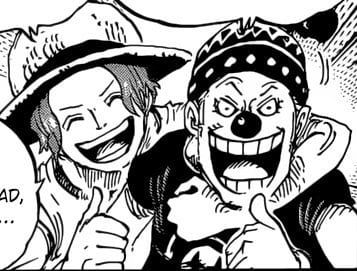 Wano Country Act 3 finally began in this chapter, but before that happened, we got a flashback of the Roger Pirates from 25 years ago. This was shortly before they sailed to find the One Piece. Oden was there, and his goal of freeing Wano Country still stood. It was also fun to see all the members of the Roger Pirates once again. Moving on, we saw the day of the Fire Festival arrive. As Orochi set off for Onigashima from Port Habu in Hakumai, the Scabbards were shocked.

One Piece Chapter 949 Predictions – What To Expect

At the rendezvous point, there were no allies, no ships, and there wasn’t even any hope. The weather was erratic, and all hope seemed to be fleeting away. Luffy and his team are still missing, and Orochi has done something. With that, let’s turn our attention towards One Piece 959, and see what could have happened at Port Tokage at Udon.

In One Piece 959, we’ll likely see what Orochi did at Port Tokage. We know for a fact that there is a traitor in the group. Someone is providing Orochi with information, and we don’t know who that is right now. The same person gave Orochi information about the new plans. So, he simply acted on the information and took out the threat before it bothered him. How he did it is unknown. But, here is something that we’re forgetting.

Franky built extra ships just in case, and we think they’ll be put to use. The squad probably already realized that their plan was hit, so they changed it. In the next chapter, we’ll likely see Luffy and others return with the extra ships. We’ll also likely see Nekomamushi and hopefully, Marco as well.

Unfortunately, One Piece 959 won’t be out next week. Oda is taking a break next week, and so the manga will return in issue #47 of Shueisha’s Weekly Shounen Jump.

One Piece Chapter 949 will be officially out on October 21, 2019. The scans will be out by October 18, 2019. Are you excited about the future of Wano? Let us know your thoughts in the comments section below!