Tom Holland Is Brought To A Memorable MCU Location For Filming Spider-Man 3! A Look Back At Tom Holland’s Audition For The Role Of Spider-Man!

We all remember how crazy the world went when we saw the most popular and beloved super-hero “Spider-man,” making his appearance in the MCU back in 2016. The second trailer of Captain America: Civil War ended with huge applause and shocking reactions as Spider-man jumped in, stealing Captain America’s shield and greeting everyone after Tony Stark ordered him to enter the frame. Of course, Captain America’s third installment was a huge celebrity affair and very close to being an Avengers movie as many of the Marvel stars reprised their roles for the movie.

Some newer faces made their debut, including Chadwick Boseman for Black Panther, Daniel Bruhl as Baron Zemo, and yes, Tom Holland for Spider-man. The 18-year-old Tom Holland’s Spiderman was met with cheers and applaud as he made his entrance in the movie meeting Robert Downey Jr.’s Tony Stark at Parker’s very home in Queens, New York. The same applaud was followed by another heroic entry while confronting Captain America at the airport fight scene. The scene saw the audience enjoying every second Tom Holland was on-screen, whether he was battling Falcon and Winter Soldier or Captain America himself.

Captain America:  followed civil War’s cameoTom Holland’s Spider-man followed civil War’s cameo into two more Marvel’s Spider-man solo movies and the biggest crossover event movies that included Avengers: Infinity War and Avengers: Endgame. Soon Tom Holland was recognized as the closest version of Peter Parker as well Spide-rman from the comics. The role gave Holland recognition, which soon followed him to signing multiple big upcoming movies including Cherry, Uncharted, and Of Course, the upcoming Marvel’s Spider-man 3, which is fed up with huge hype and multiple cameos in works, making it one of the most highly-anticipated movies for 2021.

Recently, Tom Holland sat on a chat with Guardians Of The Galaxy Star Chris Pratt on an Instagram Live Session and shared how shooting for Spider-man 3 has brought him to where it all started, about a location where he auditioned for the role years ago and which has delivered him some nostalgia. So here is everything Tom Holland had to say about the locations he has been shooting for the third installment of Spider-man and how it all had made him feel nostalgic all over again.

On a chat through an Instagram live session, Spider-man star Tom Holland gave an insight into how it was crazy and weird shooting for the upcoming Marvel Project as it brought him to full circle and right back at the place where he began this journey. So, Holland told the Guardians Of The Galaxy star Chris Pratt that he started shooting for Spider-man’s third installment three months ago, which was crazy because they were shooting back at Atlanta. Holland discussed that Atlanta was the same place where he auditioned for Spider-man’s role and revealed that they are shooting for the character’s third-installment right on the same stage where he auditioned for the cameo in Captain America: Civil War.

Holland further went on to talk about how this all was a full-circle story as he walked through the same door when he was an 18 year old with all the nervousness and hoping to get the job, and now all of a sudden he is 24 years old doing the third installment for the same role as he loves his life and how he is confident about everything.

Remembering The Casting Of Tom Holland For Spider-man

During the audition for Captain America Civil War’s Spider-man cameo, around 7,500 tapes were filmed by director Sarah Finn. Other popular names auditioned for the role, including the likes Asa Butterfield who is now known for his role in Netflix’s Sex Education, Judah Lewis, who is known for Netflix’s Babysitter: Killer Queen and 2015’s The Demolition; Matt Lintz, who is known for his time in AMC’s The Walking Dead, Charlie Plummer who is known for Words On Bathroom Walls and Charlie Rowe who is known for Red Band Society. Following the final auditions, Amy Pascal announced that Marvel Studios had found a talented, vibrant actor for the role of Spider-man in the form of Tom Holland.

Tom Holland revealed how he was informed that he got the role of Spider-man on an episode of “The Ellen Show” where he told Ellen that he auditioned for the character for a duration of five months until the final one and was told that he would find out tomorrow if he has got it or not. Six weeks later, while he was still waiting for their answer, Marvel suddenly posts on Instagram asking fans to go to a website to find out who the new Spider-man is. Tom Holland went to the site only to find out his name. Holland revealed that he didn’t receive a call or anything and found the news online and quickly informed his Agents, who were also left surprised. Later, Kevin Feige himself rang Holland up for breaking the news to Holland only to find out that Tom Holland has already met with him. 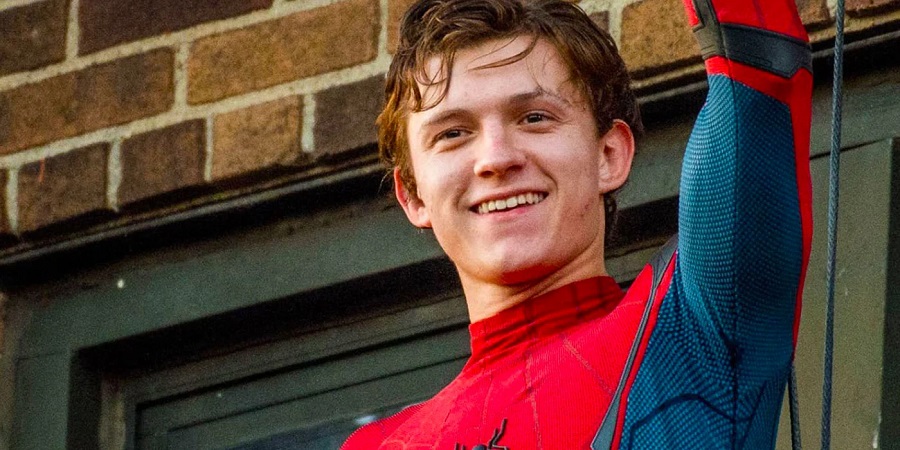 Although the news is nothing of a big revelation for the upcoming Marvel’s Spider-man 3. it’s still perfect to hear our favorite actor coming this far and reminiscing his days when he started this journey out. As we mentioned above, Tom Holland competed with some really high-profile actors, and nailing among them is quite an accomplishment. The audition will be remembered for years in MCU History.

At the moment, Tom Holland has the most appearances as Spider-man in the live-action version than any other actor in the character’s history, and now with the arrival of Spider-man 3, which itself is teasing a huge cast, it’s worth seeing how the actor will play out. Spider-man 3 is currently one of the most hyped movies for the slate of 2021, and we will keep you updating with further details about the upcoming Marvel project.

The Exit Of Graham And Ryan From Doctor Who! How Doctor Who Bid Adieu To Their Characters On The Show’s Holiday Special!