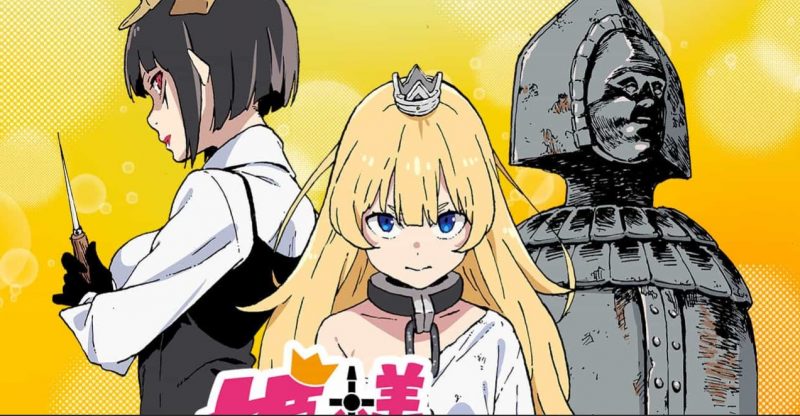 The Hellhorde promotion exams are in progress in the latest chapter of ‘Tis Time for “Torture”, Princess. The manga made its latest release on the 6th of January 2020 with the release of chapter 36. So in this post, we are going to talk about ‘Tis Time for “Torture”, Princess Chapter 37 details. This post will contain spoilers so if you don’t like them you can just skip the spoilers section.

Younki and Inki tries to perform in front of the Hell Lord and tries to impress him but only ended up failing. So they had to go and work on their performance and make improvements before they can take the test again. They then went to the princess in her holding cell to ask for any advice on how to pass the test. so she takes some time and gives them hints on how they can pass their tests. When they went for their second test, Maomao joined them and the three of them passed the test together.

When Can You Expect ‘Tis Time for “Torture”, Princess Chapter 37?

The latest episode was released on the 6th of January and this manga seems to be running on a Bi-monthly basis. Shueisha’s manga plus has also scheduled Chapter 37 to be released on the 20th of January 2020. So make sure to visit our site regularly as we will bring you more updates if there are any changes.

Where Can You Read ‘Tis Time for “Torture”, Princess Manga?

What Is ‘Tis Time for “Torture”, Princess Manga About?

In this manga, the hordes of hell and the imperial army are in conflict. The Hellhorde has captured the imperial princess who is also the captain of the third Legion. She was imprisoned alongside her talking holy sword EX. The grand inquisitor torture Tortura has begun to interrogate the princess with the most inhumane “tortures” she can conceive