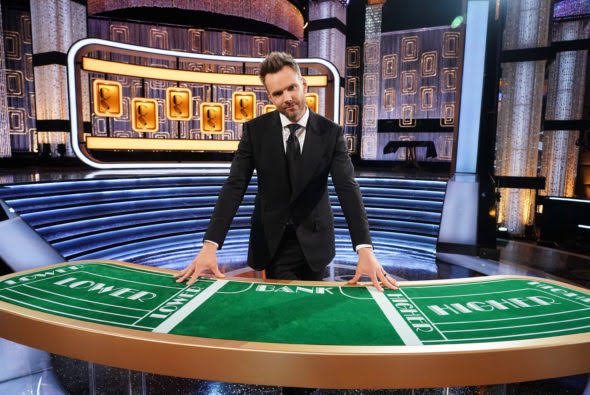 An all-time fan-favorite game show, Card Sharks is back with Season 2! The show, which is currently under ABC, was first telecasted in 1978 on NBC Daytime. It ran for three years and got canceled later on. This game of release and cancel continued with CBS Daytime and Daytime Syndication as well until ABC revived the series and ran its first successful season.

The show provides an adrenaline rush to participants and viewers alike. A lot of money is at stake in the series, and the excitement of winning or the fear of losing goes throughout the show. Winners can win thousands of dollars in an updated twist, but the losers are fed to a pen of ABC’s tiger sharks. The show is similar to other game shows like “Wheel of Fortune” and “Jeopardy!”.

What is Card Sharks Season 2 Plot?

The gameplay of the show not only consists of cards but also a Question-Answer session based on the survey-based question as asked in other shows like ” Family Feud.”

Two contestants start the series out of which one is a Returning Champion. If both are newcomers, then someone becomes a designated champion.

Champion is then asked a survey-based question and whoever, answers right starts the game. The one who answers the questions correctly is shown the topmost card on the deck of cards and so on. If he manages to guess the entire deck correctly, he gets $10,000 to use in the Special Round called Money Card.

Rules of the game remain the same over the years, but subtle changes have been added to heighten the excitement of the game.

Who is Card Sharks Season 2 Cast?

The cast of the show varies from episode to episode, but the host of the show, Mr. Joel McHale, remains constant. He is also seen in films like Ted(2012) and Spy Kids: All The Time in the world(2011).

When is Card Sharks Season 2 update?

Though there is no official word yet, Season 2 is expected to stream around June 2020. Nonetheless, we will keep you posted.