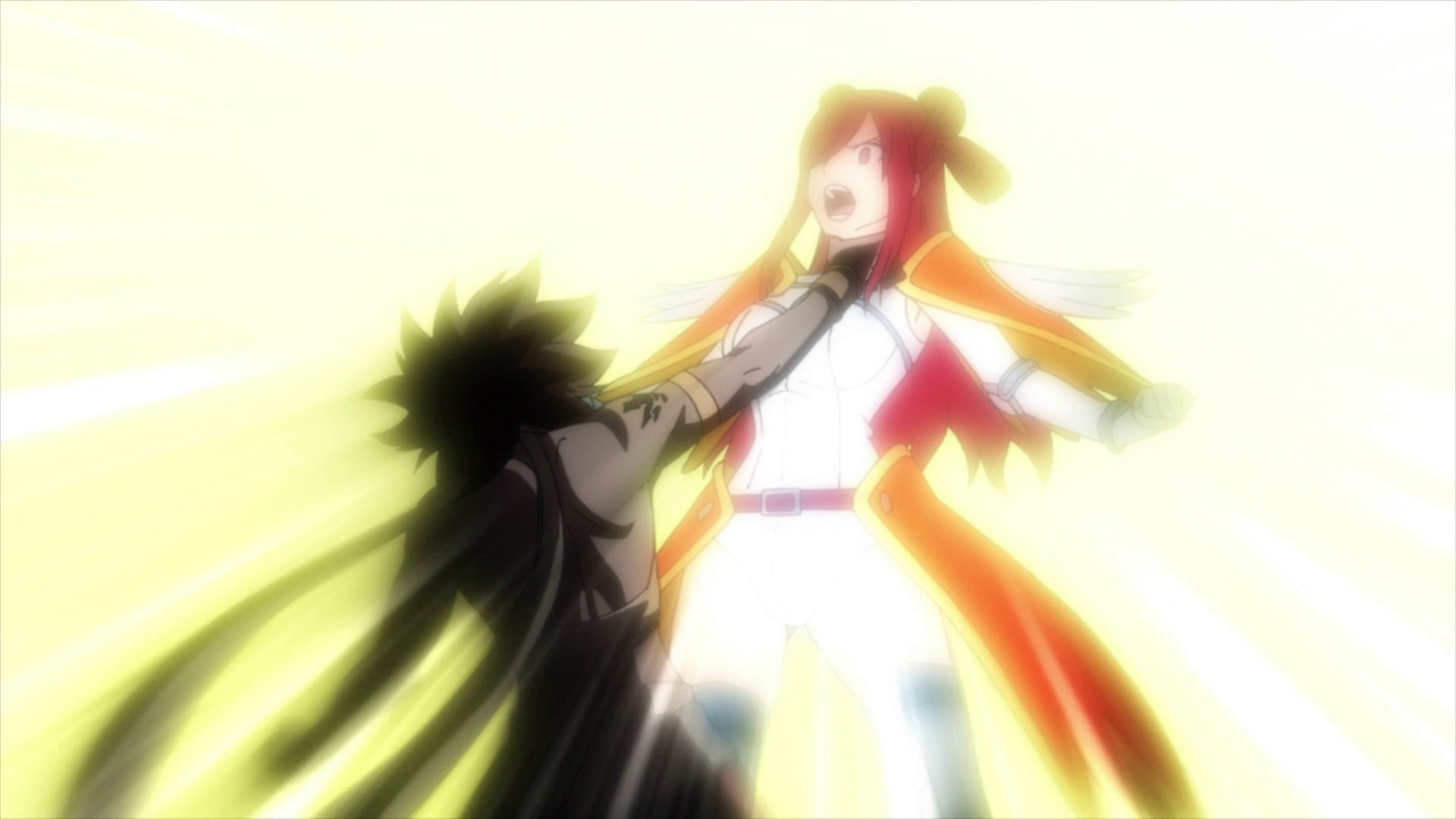 Fairy Tail anime at an exciting point and the fans won’t be disappointed by the quality of the show. It won’t be an exaggeration to say that the show will sign off with a bang. Before we begin, I would like to warn you that this post is full of spoilers and if you don’t like spoilers, then it is advised that you stop reading right now. With that out of the way, let’s begin.

In the previous episode, we saw Fairy Tail still fighting against the Alvarez’s forces which have invaded Magnolia. Brandish thinks that she has seen Lucy somewhere. Brandish threatens her into sharing a bath in order to find who she really is. When Brandish finally becomes aware of Lucy’s identity, she shrank the building and cornered Lucy as she fleed.

It was looking good for Lucy but, she was rescued by Cana Alberona, and she weakened Marin to fight Brandish. However, she unknowingly stopped Marin from neutralizing Erza’s magic. Erza finally figures out that Ajeel is weak to water and wind magic. Ajeel begins to cast a spell to bring up a sandstorm that would engulf the entire city. However, Erza uses her Morning Star armor to create a light that enables Bisca to fire Jupiter at Ajeel, which results in his defeat.

The title of the next episode is “For Whom the Parfum Flows.” In the episode we will see another member of the Twelve, “Judge” Wall appearing before the guild. Meanwhile, Gray’s team is struggling with an enemy who appears to excellent at exploiting weaknesses. Wall is targeting Fried, who is currently at Kardia Cathedral. Overall it is going to be a really exciting episode.