After much speculations and teases, Kat Dennings officially returned to the studio giant Marvel in the fourth episode of WandaVision. Still, this time, everything was way different about her than we last saw her in 2013’s Thor: The Dark World. Previously we saw her as a political science student serving as an intern for Natalie Portman’s Jane Foster for the first two Thor movies. After that, no one heard from her ever until she appeared in the WandaVision trailer, which was a surprise for sure kept under wraps as revealed by the actress herself in an interview. Since the character’s return, it’s been speculated that Darcy Lewis, who once was a student, is now an expert in the field and is referred to as Dr. Darcy Lewis; the character is set to play a major role in the Disney Plus series, which everyone is looking forward too.

So recently, Kat Dennings talked about her character’s role in the ongoing Marvel’s Disney Plus series Wanda Vision and how it is set to affect the series and other characters. Dennings has teased that the audience is about to see a completely new side of Dr. Darcy Lewis, which is about to be revealed in the show’s upcoming episodes, and here we are breaking down everything Kat Dennings had to say about this new Dr. Darcy Lewis.

Read More: Kat Dennings Tells When Marvel Sent Her To A Fake Location For Thor Auditions!

In an interview with TV line, Kat Dennings talked about where Darcy Lewis’s character has been and what useful role she is about to play in the ongoing WandaVision, eventually introducing a new side of her. First of all, Dennings talked about the recent episode of WandaVision that saw Darcy correcting a SWORD agent about her name’s title, stating that it is a doctor. Dennings commented on that, quoting that she liked the tone very much, and she can imagine being a person who never went to college, just how much the character has worked for the title and would like to be called correctly.

Further, Dennings talked about the time-jump and huge span of duration her character has been away from the screen and how she has developed throughout the years. Starting with Thor: The Dark World, where Darcy started her doctorate to Avengers: Endgame and five years up, it’s almost ten years since Darcy came back to screen as a doctor, and she is bound to be a well-developed character.

Kat Dennings quoted that she is grateful that writers gave her character a rich storyline as last time everyone saw her, she was just an intern to Jane Foster. The joke was that Darcy was a political science major, not even a science major, and the way Jane influenced Darcy Lewis saw her taking upon the goal of becoming an astrophysicist seriously. Now she is the same girl with many degrees and a lot of information, making her the boss.

With that being said, we have to agree that since the character’s return in the first episode, Darcy Lewis is definitely not the same girl we saw in Thor: The Dark World as she can now play boss to boss with big leagues due to the fact how well-versed she has become in her field. Darcy Lewis has evidently teamed up with Jimmy Woo and SWORD pretty good, and he’s a lot helpful to control the chaos Wanda is creating inside the Westview bubble that can be controlled. 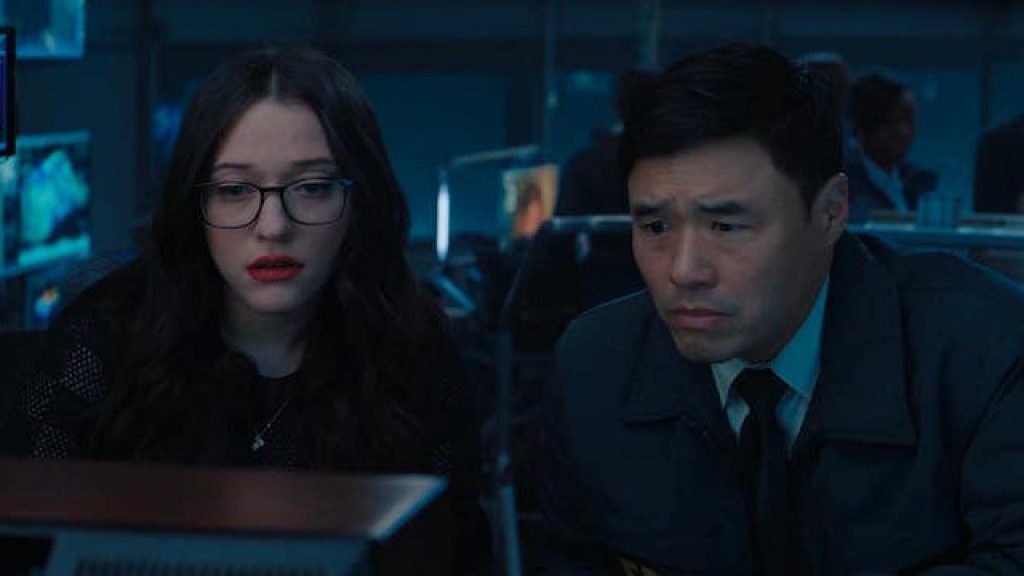 This new well-developed change, as mentioned above, is the result of Jane Foster, and we might see Darcy becoming one of the big brains for Wanda Vision the way Jane Foster was for Thor, Nick Fury was for Avengers, and Hank Pym was for Ant-Man. Also, to note, we don’t mind seeing her as a regular face for the SWORD, leading to how interesting she has become to watch on screen and has a lot of fanbase buzzing for in just one episode of WandaVision.

Anyway, we certainly know that there is a lot for the duo of Darcy Lewis and Jimmy Woo from the SWORD as they try to figure everything going wrong with the timeline that Wanda has created inside her bubble now that Darcy is on the side of SWORD, who has pretty much figured out the energy source of this bubble. She knows how the ins and outs of this new world work. Anyway, we will keep you updated more on WandaVision and everything related to entertainment, tv shows, anime, movies, and gaming, so stay tuned to Otakukart News.

Related: Wanda Vision – Jac Shaeffer Had A Lot Of Headaches And Was Quite Nervous About Show!