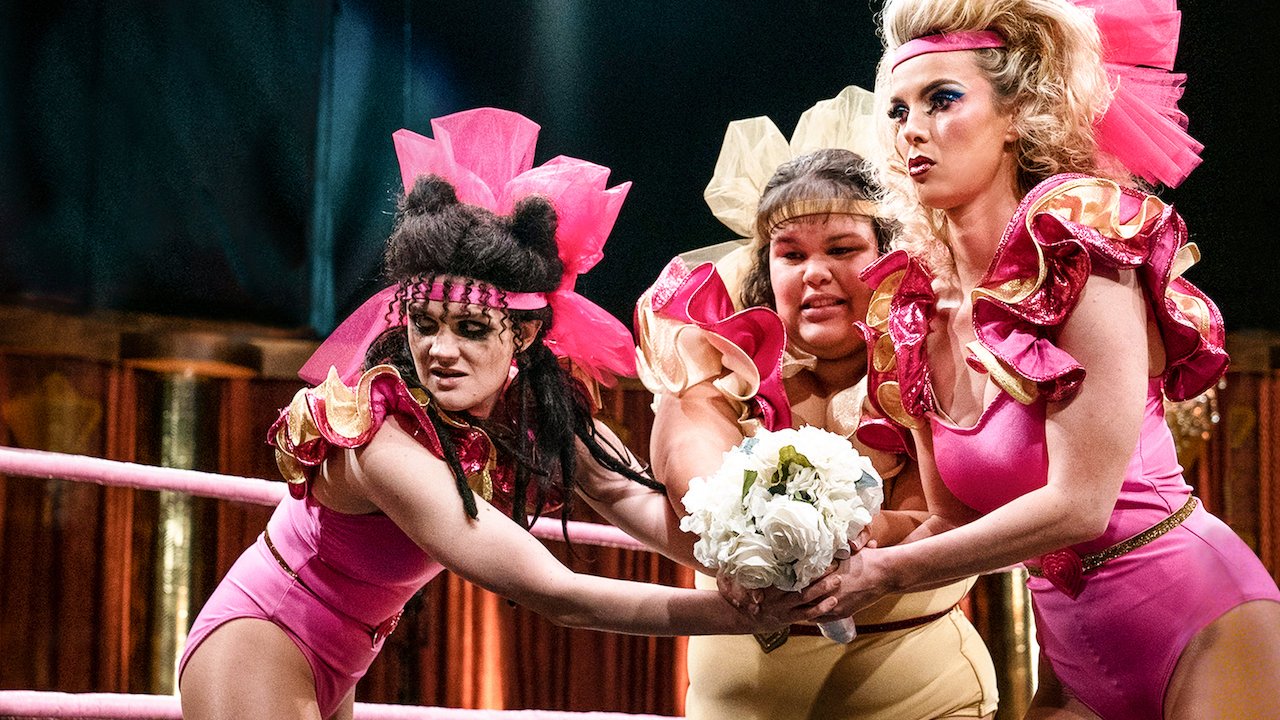 The American comedy-drama TV series Glow will be returning with its fourth season, and fans of the show are extremely excited to see what the team has in store for them. According to rumors, the upcoming fourth season of Glow will be pretty interesting, and fans will be enjoying a lot of developments that are going to occur. A lot of new information has been revealed lately, and we have gathered all the recent updates and details regarding the show, so here is everything you need to know about the upcoming Glow Season 4.

Created by Carly Mensch and Liz Flahive, Glow has been received well by the community and has been a very popular series ever since it made its debut back in 2017. The first season of the show received an approval rating of 94% and an overall score of 7.66 on Rotten Tomatoes. The audiences enjoyed it to the fullest, and the critics praised the depiction, the storyline, and the performances of the cast members.

Glow Season 3 received an approval rating of 89% and an overall score of 8.03 on Rotten Tomatoes, and according to the critics, the third season dived deep into the lives of the characters and depicted a solid character study. Seeing the performance of the previous season, Netflix decided to give it the green light for the fourth season, and the official announcement was made on 20th September 2019. Glow Season 4 will be the final season of the series, and the team is aiming to craft a perfect conclusion that will do justice to the story. Fans have a lot of expectations for the upcoming season, so it will be interesting to see on what note they end the story.

The official storyline is yet to be revealed. However, it is expected to pick the story right from where it ended in season 3. In the finale of Season 3, fans saw the gang struggling as Carmen left the group while Sam rejected Debbie’s offer.

According to an update from Radio Times, in season 4, the gang will return to Los Angeles to take part in a new wrestling show that will be broadcast on Debbie’s new TV network. There are many rumors, according to which, season 4 will introduce some new families, and it would focus on the main cast’s storylines. In an interview with The Hollywood Reporter, Liz Flahive revealed that they are working to provide a conclusion that will give the fans a good satisfaction.

The trailer of Glow Season 4 is expected to release around June 2020, and the upcoming season will feature a fresh batch of 10 new episodes.

Glow Season 4 is expected to release around August/September 2020. The official update is yet to be revealed, however, considering the release pattern of the earlier seasons, the August/September window seems highly likely. We will keep you posted when the official announcement drops.