As Shonen Jump goes on a break for this week, the same will be for One Piece Manga and all Shonen Jum featured mangas. The good news is that most of the Manga will be returning with double chapters, and this includes one piece as well. With One Piece Chapter 977 released last weekend, it will be a while for the spoilers for the next chapters to be released. So in this post, I will be sharing with you One Piece Chapter 978 possible situations that might turn out for the upcoming chapters based on what we have seen in One Piece Chapter 977.

When Is One Piece Chapter 978 update?

One Piece Chapter 978 will be released on Sunday, 26 March 2020. There won’t be a chapter release for this week, so One Piece will return with One Piece 978 and One Piece 979 on 12 April. Note that updates are subject to change and can be influenced by the current outbreak of Coronavirus. But for now, that is the latest official information we have. So make sure to visit our site regularly for the latest news or any updates should there be changes on the Manga updates. 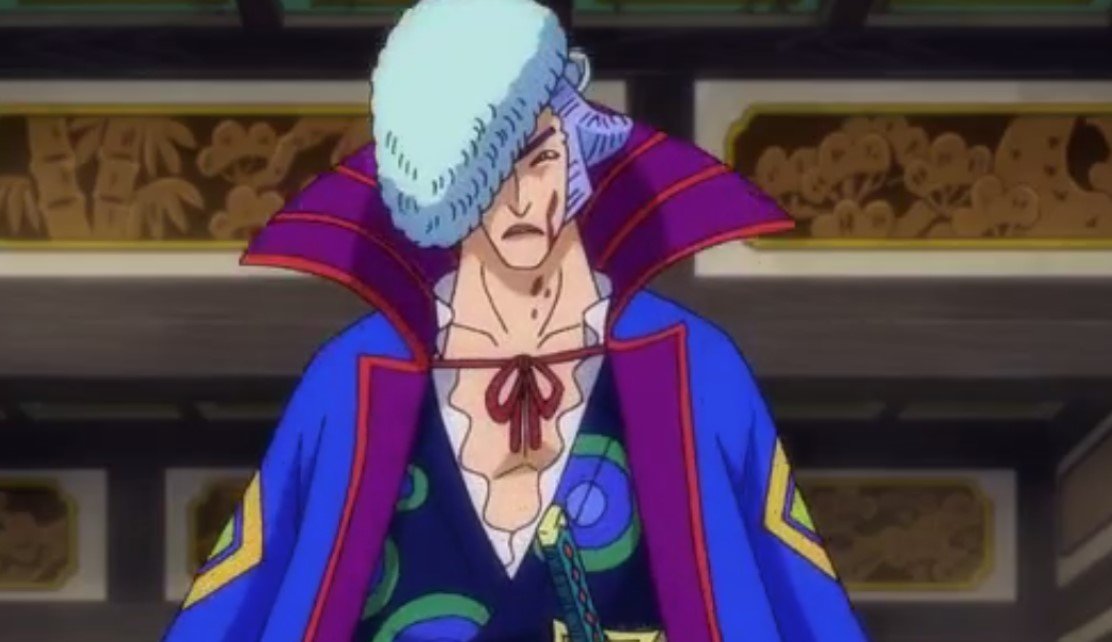 One Piece Chapter 978 Spoilers and Predictions

One Piece Chapter 977 was just released on the weekend, and fans are still hyped on the latest developments on the ongoing Onigashima raid. Let us take a bride look at the latest developments that will influence One Piece, Chapter 978, and 979. Keeping track of the latest developments, things started heating up when Jinbe arrived, and this saw the morale and powerful arsenal of the Strawhats and Co skyrocket. And just when you could think that things couldn’t be any worse, Kaido’s son was revealed, and on top of that, the flying six has gathered before Kaido and are waiting for Big Mom, who is said to be changing into a Kimono.

Kaido seems to have a lot of allies we do not currently know about. And this time things seem to be as Law had said back in Punk Hazard that their chance of defeating Kaido is almost zero. So I am sure that everyone involved in this knows that they are heading into a deathwish. It also turned out that Onigashima is a complicated region. It is said to be surrounded by mountains that connect with the big skull. And Kaido and his crew know it in and out, so the advantage of the beast pirates is rising with each chapter as more information about things we do not know about Kaido just keeps on popping up.

What becomes more interesting about this is that even though one can not see how the straw hats will come out of this alive, they are still going ahead with their plans. The power difference is massive. So it is interesting as we all want to see how Oda would turn this into a straw hat’s win. There will likely be tragic deaths just like in Marine ford as well, but let us leave it at that as it is a story for another day.

Back to the business of the day, how are things going to turn out in One Piece Chapter 978? Well, for starters, Kaido’s allies have all gathered (the ones that we know of so far), including his Son and Big mom. The missing ones that we have an idea of are the ‘Numbers’. We have no idea who these guys are and what power they hold. So their appearance will massively increase the advantage of the Beast Pirates once again. It appeared that Kaido has a plan for the upcoming Onigashima raid. He is currently rounding up his allies and is ready for battle as well. Given his might and power and the fact that he is preparing a plan to stop the Onigashima raid means that this will not be an easy raid.

On the straw hat’s side, Law had already divided a solid plan that will increase their chances. Luffy has halted their celebration of reuniting wit Jinbe up until they have defeated Kaido, Orochi, Big Mom, and their allies and sent them off of Wano Country. Hyogoro will be in charge of Wano samurai, Kinemos is the Mastermind behind all the plans as he has been in this for a long time.  All ships are heading to Onigashima as Kinemon tells them all they will need to know about the geography of the island and the location of Kaido’s mansion. All the obstacles have been cleared off, which means that next, the Strawhats will be landing in Onigashima in their respective strategic areas.

Zoro seems to be tasked with the role of luring Kaido away with the Sake he has. This will be crucial on the Straw hat’s first act when they land in Onigashima. So next thing we will see the first encounter when the straw hats are intercepted by the beast pirates. But since Big Mom and Kaido’s son are taking a while, it seems like Kaido intends to let them come to him based on what he meant when he said, ‘Let them through’. Luffy and Kid are left to rampage and do as they wish as Law intends for them to be the diversion.

So next up, some small battles might start up on various locations when the groups that the Straw hats and their allies have divided them into according to Law and Kinemon’s plans. The war will be starting, we have already seen enough of the sea battles but now the close contact with Onigashima mess that we will get to so who will be fighting whom, amongst the Straw hats, their allies, Big Mom Pirates and all of Kaido’s subordinates. Well, we will find out more by 23 April when One Piece Chapter 978 spoilers are released. In the meantime, check out our latest posts on our site and make sure to visit regularly for the latest updates. We will meet again!

One Piece Chapter 977, saw the gathering of the Beat Pirates before Kaido as he now seems to be taking the Straw Hats and the scabbard more seriously. To make sure that his forces are strengthened, he summoned the flying six before him and is waiting on Big mom to come around. They might have some strategies they want to talk about. To make things more interesting, he speaks of his son, and he expects him to show up and meet Big Mom.

So it is likely that we will see Kaido’s son appear in the upcoming chapters. Law’s strategy for the raid seems to be going well so far, and he understands that Luffy and Kidd will barge in right away and wanted to use them as decoys. Moreover, Jinbe as now appeared and joined the Straw Hats as their helmsman. So both forces are amassing power now as the final battle is about to begin.

The upcoming, One Piece Chapter 978, will be available to read on Viz Media and MangaPlus, as soon as it is released online.