Do Not Say Mystery or better known as Mystery to Iu Nakare is a well-known manga among the anime sector. Fans have been following all the editions of this tale for a while now and we can not complain regarding the level of intrigue which the series has been providing us with. The story was first published back on the 28th of November 2016 in the Monthly Flowers by Shogakukan. As for the plot of this tale, we have all the spotlight taken up by Kumo. He is a student enrolled in a University. His physical appearance includes having very, very thick hair. He is just your average uni guy who does regular stuff with his friends. But one day, the tables turn around and this is where the story starts from.

He is accused of murdering one of his fellow students from his institution. As the story develops through the scenes, we find out that indeed a person studying at the University was murdered and there happened to be a man whose physical appearance looks very similar to him was walking by the corpse. This has raised suspicions in all the people regarding him and Kumo is in the middle of all the chaos. Now, if you are a fan of this series, then we shall suggest you keep reading this article because there is some very exciting news which awaits. 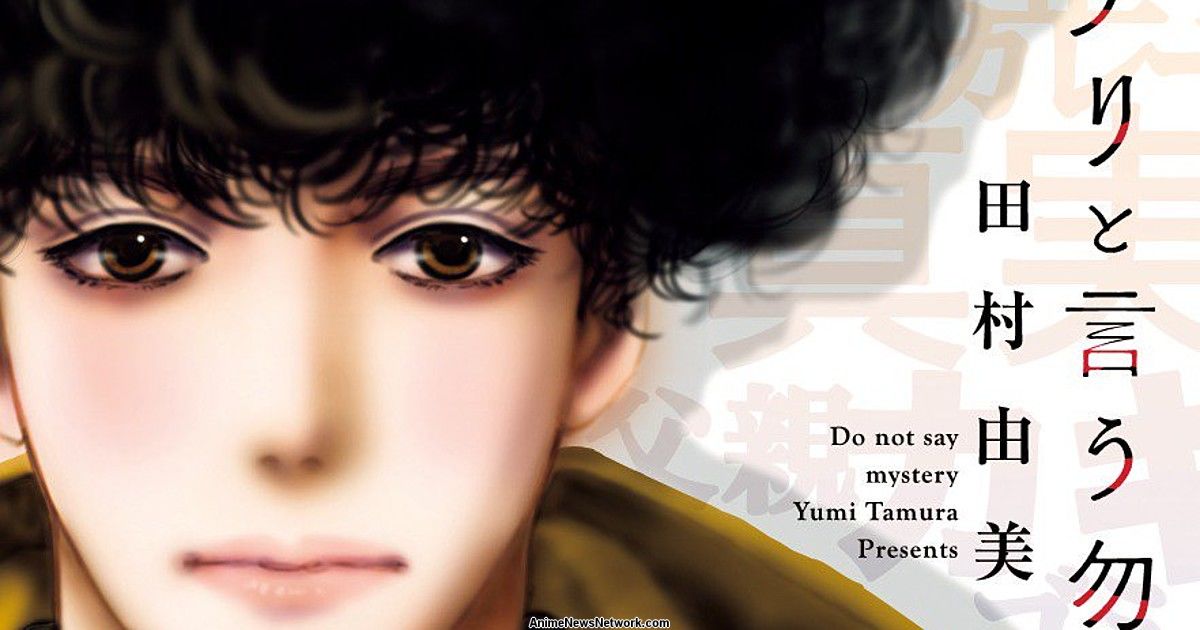 Recently, certain announcements have been made by Fuji TV regarding this series and the fans could not hold their excitement in at all. The Network has revealed that they are going to produce a live and action series adaptation whose story will be adapted from the Do Not Say Mystery manga. There has been a lot of anime being adapted from their manga versions as the norm goes on generally in Japan. But this time, Fuji TV is really taking a bold step by creating a live and action series from a manga rather than just dwelling on anime shows. There will be a lot of effort in this process though because we all know anime is easier to make and can touch various heights.

Yes, if we ever compare anime to live-action, it should be kept in mind that anime always wins the fantasy department because the characters can carry out the tasks which would instead seem impossible in a regular series or every expensive. Now, coming back to the Do Not Say Mystery TV series which has been put to work by Fuji TV. We are pretty anticipated to see how the whole manga works out on screen and the characters take the form. There is not much information been covered regarding this upcoming show, but we have wrapped up every detail which is available to us at the moment.

Do Not Say Mystery Live and Action Series – Release Date

First of all, you guys must be wondering about what the release date of this series is going to look like. Thus, it should be known that there has not been any set for the show. Do Not Say Mystery TV series release date can be approximately in January of 2022, given the work starts on the episodes right now. I mean, the production process as well as the filming along with other casting processes, sure does take a lot of time and 6 to 7 months seems appropriate to have finished the show. There might be further delays because we should always keep in mind that the pandemic is not over yet and the precautions to be taken while making a series, is the top priority of the entertainment industry right now.

Now, it has been revealed that the show is set to star actor Masaki Suda in the role of the main protagonist, Totono Kumo. As for the crew selected to make the show, we have Hiroaki Matsuyama as well as Shunsuke Shinada along with Hideyuki Aizawa and Hiroyuki Abe collectively directing the series. On the other hand, the department of the script will be handled by Tomoko Aizawa. We can already see how the officials are excited regarding the show because they even have set the time of air for the Do Not Say Mystery TV series. It is supposed to roll out every week on Mondays at 9 pm.

Apeksha is journalist by profession completing her journalism course from Mumbai University she decieded to follow her passion for anime. She has been with the company for more than three years training and mentoring new joinee. You can reach out to her at apreksha@news.otakukart.com