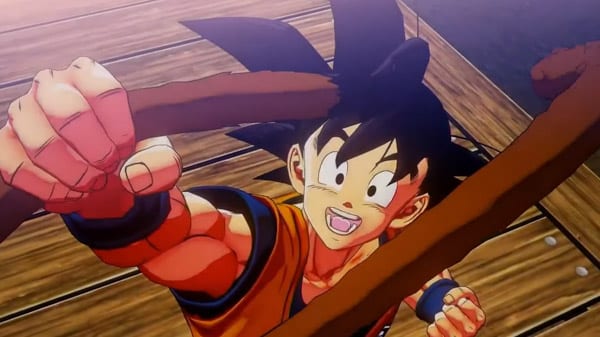 In January, there was a news which suggested that a Dragon action role-playing game was in development. The name of that game was Dragon Ball Project Z, but it has been now changed to Dragon Ball Z: Kakarot. A new trailer for the game was shown to us during the E3 which was running on the Unreal Engine 4, and the developers of the game were CyberConnect2. This studio might sound familiar to all the anime fans as they have made a name for themselves from making some amazing games such as Naruto: Ultimate Ninja games.

This new Dragon Ball game has similar gameplay and amazing cel-shaded graphics that the developers are known for. CyberConnect2 said that they were moving on to another franchise and they are done with Naruto games for now. The fans didn’t know what that project was, but it was revealed that it is none other than a Dragon Ball game.

And I am extremely excited for it because these developers have handled one of Shonen Jump’s history best manga called Naruto and made a game that was well received by the fans. Knowing that they are making a Dragon Ball game makes me excited to see what kind of things these guys are going to pull off.

The story of this game will focus on the legendary story of Goku, which will be like a trip through the memory lane as we all know that Goku’s Sayain name is Kakarot and hence the name of the game. Fighter Z was a super success, and the fans loved it. Its, gameplay, graphics, fighting mechanic, and story were amazing. I can’t wait to how the developers will handle this project. Dragon Ball Z: Kakarot will be available for PlayStation 4, Xbox One and PC and it will be releasing some time next year.