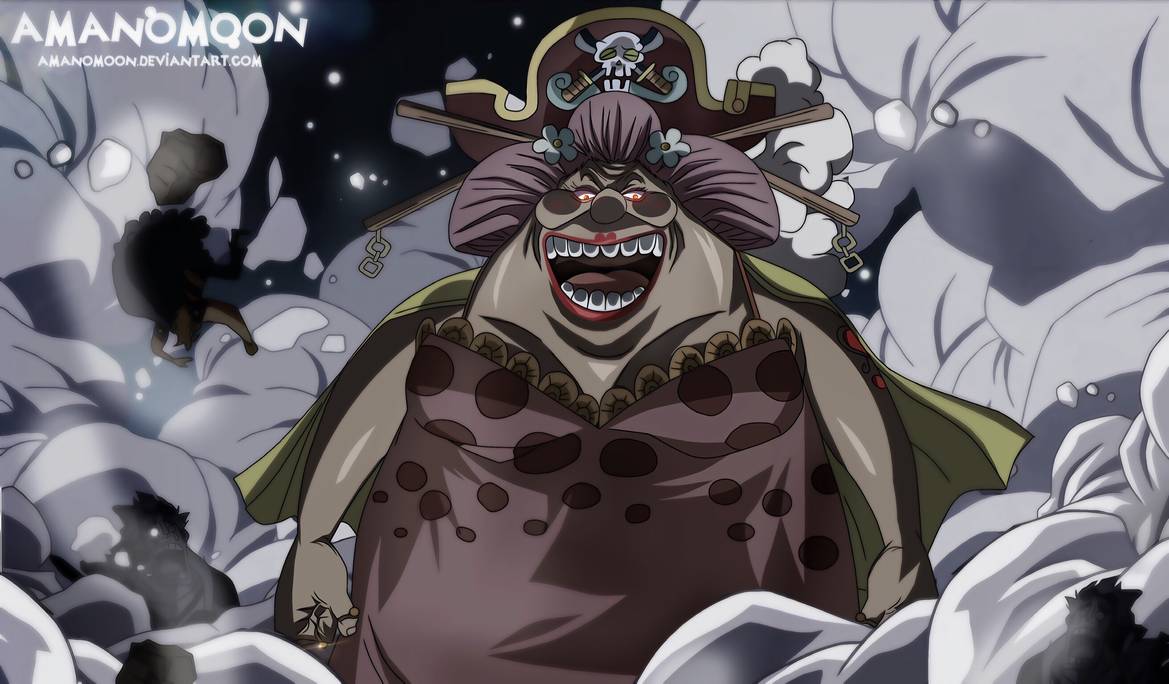 One Piece chapter 946 is now, and it seems like this might be one of the most interesting chapters in the Wano Country arc yet. In the previous chapter, Big Mom and Queen are starting to fight each other, with Queen transforming into his Brachiosaurus to level up the size difference between him and Olin. In the next chapter, they will resume their fight while the other Straw Hats escape from Orochi’s retainers.

Most of the panels in One Piece chapter 946 will feature the fight between Queen and Big Mom. Queen will be beaten hands down in only a few strikes. Because of the fight’s wreckage, Kid and Killer will both be freed in the water. After Big Mom defeated Queen, the rest of the retainers decided to call Kaido for help. The communication tower is not working because it was already sabotaged by Caribou and Raiso. Meanwhile, Raizo successfully infiltrated the officer tower and is now on his way to steal the keys for Kawamatsu.

Finally, after being starved for so long, Olin finds the Shiruko pot to eat some, only to find it empty. Luffy accidentally mentioned that he was the one who ate all the Shiruko by exclaiming “The Shiruko are indeed delicious!” Hearing this, Olin turned to Luffy to attack him. Luffy somehow managed to successfully use the new Haki free himself and Hyogoro outside the arena and the cuffs. Knowing that big mom is powerful, Luffy started to grab Hyo and started to run. However, Hyo stopped and faced Big Mom, telling Luffy that the only way to get stronger is when you are in danger. 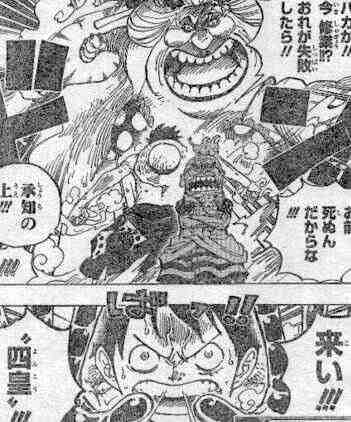 Big Mom vs. Luffy At Wano

In the end, Luffy decided to stay in order to protect Hyo from Big Mom. Would he successfully use the new Haki in order to save himself and Hyo from this ordeal? What will happen when Big Mom’s memory finally comes back? That’s it for One Piece, chapter 946. We’ll find out what happened to other characters in the next chapter.