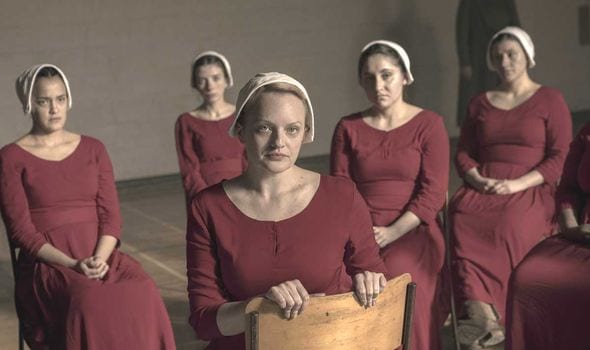 The Handmaid’s Tale season 3 episode 8 was a pretty good episode and had a lot of details in it. Before we are here to talk about episode 9, but, before that, let us talk about the previous episode. Before we begin, I have to warn you that we will be entering spoiler territory here and if you don’t want to get spoiled then click away.

Episode 8 of The Handmaid’s Tale was released on July 10, at midnight. ET, 11 p.m. July 9 CT. The Hulu official description reads “June and the rest of the Handmaids shun Ofmatthew, and both are pushed to their limit at the hands of Aunt Lydia, who reflects on her life and relationships before the rise of Gilead.”

In the recent episode, we saw Matthew admitting to June that she sold her out for talking to the McKenzies’ Martha Francis at the food market. This caused Lydia to execute Francis and also the McKenzies to take Hannah and leave in the night. In the eighth episode, we will see what will be happening after June’s attack on Ofmatthew. In the episode, we will also see what kind of trouble June might get in for attacking a pregnant handmaid and rest of the handmaid’s reaction to Ofmatthew’s betrayal. Moreover, the promo reveals that the handmaids Ofmatthew and blaming her for Francis’ death.

We will also see how Aunt Lydia’s life was before Gilead’s rise to power. In the clip we can, we can see that Aunt Lydia out on a date with somebody and they are discussing her career as a teacher. She also tells how she works to help children and how fond of the man she is talking to. There will be a lot of violence in the eighth episode, and in a clip, we saw that bloody Aunt Lydia was screaming “no” while a handmaid falls on the ground which is a near a guard’s dead body. As for the release date for episode 9, it will be releasing on 17 July.