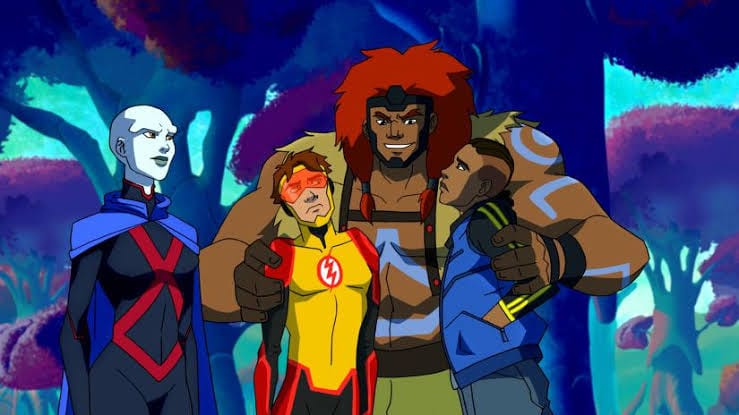 The new generation of heroes from the DC Comics made it out huge this time, as we got to see them returning after six years. We saw the first season in 2010, and the second in 2012 which ended in 2013. Later, we got to know that the show was canceled, as they could not target the audience they wanted to, as they were thinking of selling toys and collectible figures to children.

However, the engaged audience suffered a lot when it got canceled, and after roughly six years, the hard work paid off and we got another season. The third season started airing earlier this year and completed the season on 27 August 2019. The show was being released on the DC Universe streaming service, which is newly launched by DC.

The third season was tagged Young Justice: Outsiders, and it got appreciation from fans across the globe. The response was so good that the show is already renewed for another season. Not just that, the work on the fourth season has already started. Hence, we would not have to wait for a long period of time to see more episodes.

Many are claiming a lot of details but we assure you that there is only renewal details are made official. Also, we would be able to see the fourth season in 2020, and therefore we will not have any big hiatus to wait for. The show is supposed to follow Outsiders more, so similar content to the third season is waiting for us in 2020. Furthermore, Lex Luthor’s role would emerge as the main antagonist among the vast number of them.

The fourth season will also be released on DC Universe, in the US. There were discussions on the next season to be released on HBO Max, which is DC’s another channel. DC also plans to extend DC Universe services to the other parts of the world to reach out to more audience. The next season might also have 26 episodes, similar to the latest season.