Legend of Zelda Breath Of The Wild was, without a doubt, one of the best games of all time, and it was a very successful game that was loved by fans as well as the critics. During the Nintendo Direct, a mind-blowing thing was revealed to us, which was Legend of Zelda Breath of The Wild 2 is in development. This news drove everyone to madness, and we also got a trailer for it too. There is anything revealed about it, but it’s the official title, and key gameplay features that might have been leaked.

A 4Chan user that goes by the name Xhyll claimed that he is in contact with an unnamed former Nintendo employee with insider knowledge of the company’s future plans. They said that this game’s (Legend of Zelda Breath Of The Wild 2)would be connected to theof Switch 2, which Xhyll said will be exclusively for home gaming and will support 4K resolution. 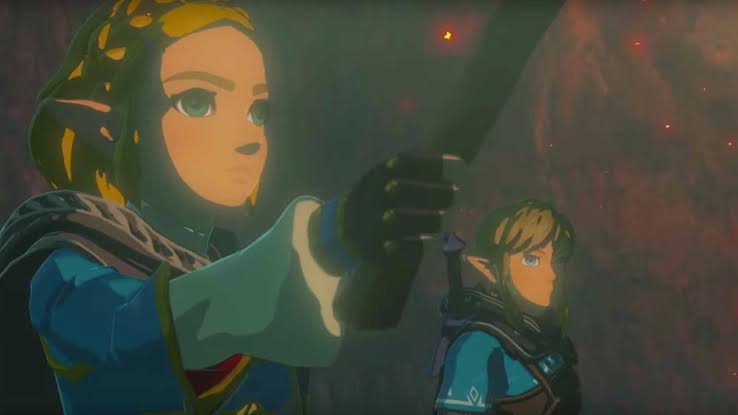 There are many rumors that the console will bring major improvements to computing and graphics, that will be showcased through BotW 2. Furthermore, Xhyll claims their source has seen a 10-minute gameplay demo of the upcoming title, which revealed many details about gameplay elements. The leakers claim that Legend of Zelda Breath Of The Wild will be a launch title for the Switch 2 in January 2021. Xhyll claims that Nintendo hasn’t confirmed the title of the game yet, but it will be something along the lines of “Zelda Breath of the Darkness.” This is a bit weird, but the title complements the spooky plot Nintendo teased during E3 2019.

The gameplay details of the game were revealed by Xhyll that was seen by his source, which provides further evidence that Zelda will be a playable character in BotW 2, or, at the very least, a companion that helps Link throughout his journey. Xhyll said, “A battle is then shown where Link and Zelda fight together against a Dark Guardian in underground ruins. Zelda helps Link by assisting him in the battle by protecting him with a dazzling light when he is in trouble and highlighting the enemy’s weaknesses.”

Furthermore, Xhyll also mentioned the return of Guardians, ancient machines that Calamity Ganon possessed to fight Link on-sight in the original game. All of this information that is provided is leaks. Nothing has been confirmed by Nintendo, but all of this gives a clue of what the sequel might hold for us.