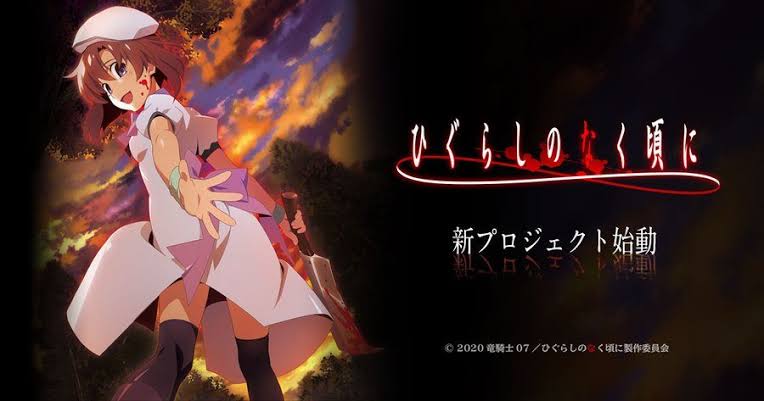 The visual novel Higurashi When They Cry(aka ひぐらしのなく頃に, Higurashi no Naku Koro ni) is now getting a new Anime Adaptation. The same Higurashi, which was infamous for Mystery, horror, and sinister story. A mystery horror story where several disappearances and deaths cases are happening in a rural Japanese village. The first two anime adaptation aired on April 4 and September 26, 2006, and later multiple OVAs.

Higurashi no Naku Koro ni(aka Higurashi When They Cry), is a Visual novel game created by a doujin circle 07th Expansion headed by Ryuskishi07. It carries the first four titles of the game.

Although there is not much more information, it is said to be an Anime Project. Visual and an announcement video has been added to a new teaser website. The project will be animated at Passione. The same animation studio who animated for “High School DxD Hero(2018)”, “Rail Wars! (2014)” and “Citrus (2018)”. With the character designs by “Akio Watanabe” who designed The famous harem anime “Monogatari series and “The Worl God Only Knows”).

The original series will be rebroadcast on AT-X in Japan from January 8.