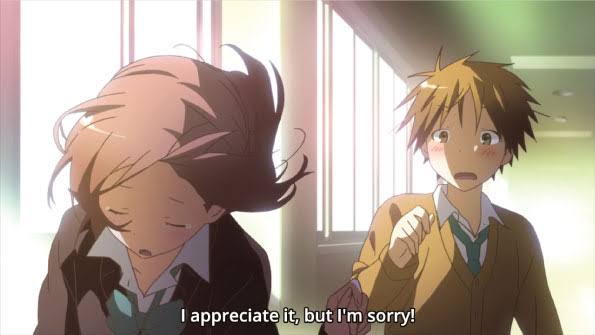 Isshuukan Friends, also known as One Week Friends, is a little complicated to express as a romance anime. It’s an anime with two protagonists with complicated high school life even though the art design and soundtrack feel dreamy that one can feel this anime from the first episode.

What is Isshuukan Tomodachi about?

This is the story about a male protagonist who noticed that his classmate Kaori Fujimiya(the female protagonist) always eats alone and has no friends he gradually developed a crush on for her and decided to make a move. One day Yuki finds her eating alone in the roof and decided to meet her every day on the roof in the hopes get to know her better. After approaching her and becoming friends, Kaori reveals that every Monday, she loses all of her memories of those close to her, excluding her family as they are reset every Monday. Despite this situation, our protagonist befriends with her every week and suggests to make a dairy to take notes of her daily life. Even after many turns of events and the tough situation, they stayed friends until the end.

When is Ishuukan Tomodachi Season 2 update?

Isshuukan Tomodachi is a manga series by Matcha Hazuki. It got its anime adaptation by Brain’s Base, which was aired between April 6 and June 22, 2014. The studio has covered all it’s the volume from the manga and left with no source for another season. With the lack of source material, it likely not to get an anime adaptation, not until they get more sources. In the other case of scenario, If the anime does get renewed, we can only expect to get season 2 from 2022 to 2023.