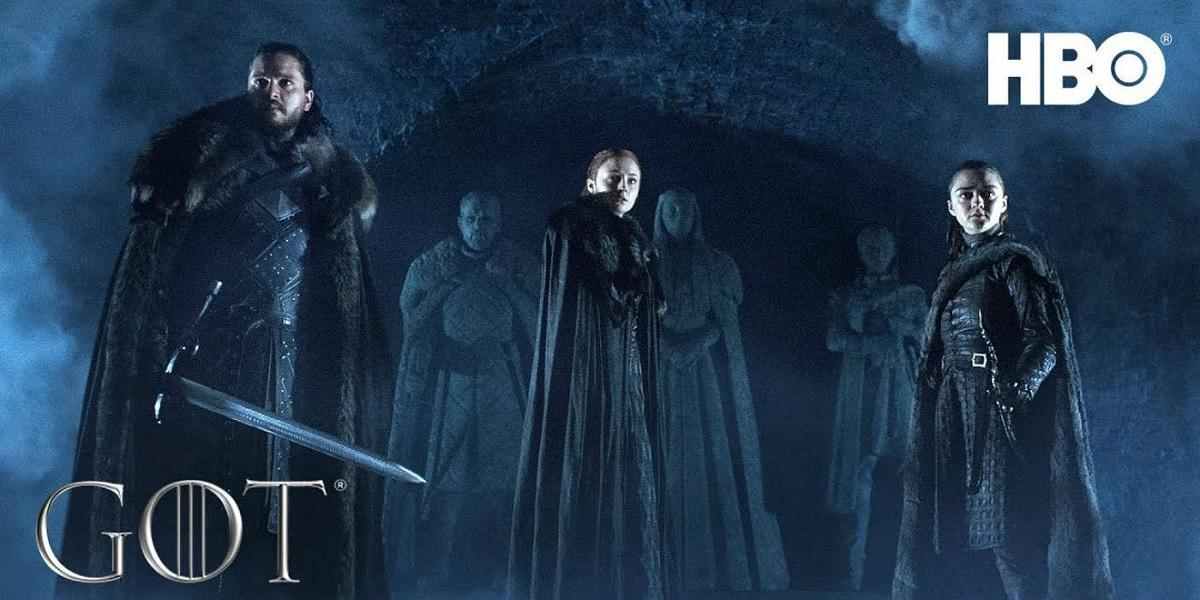 Game of Thrones is a show that the world has been waiting for. One may rightly call it the best goddamn TV show to have ever existed in the world. It obviously needs no introduction. Oh and yeah, remember that major teaser drop by HBO that got the world crazy? Well, that was fake and a lie. In that teaser, we saw the three Starks, we see Jon, Arya, and Sansa walk through the Winterfell Crypts with fire torches in their hands. They come face-to-face with statues of themselves. And then, the crypt gets icy cold, and everything turns into ice. This led to so so many fans theories like for example; Bran is the Night King, Jon will be the only surviving Stark, etc. Here check it out below:

The fact remains that whatever you saw in the teaser above, wasn’t exactly fake but it was exactly a scene from Season 8. In that, it wouldn’t constitute a part of the show; it was just meant to hype up things but as a separate commercial. Sophie Turner herself called it a promo for Season 8 in an interview with the fan site “Winter Is Coming, ” so yeah that’s that. Sophie herself at the NYCC held in October of last year had mentioned that it ( the promo) had got nothing to do with the series and that it was just a promo.

In another news report, Maisie Williams had said that she’s really proud of Season 8. The final Season of Game of Thrones will premiere on HBO on Sunday, April 14 at 9/8c. It is to consist of six, 2 hour long episodes. It’s going to pick up where the last season left off.

Fact is, nothing is confirmed about the fan theories/ spoilers, etc. on Game of Thrones right now. Only April 14 cab answer how and when Jon and Sansa will meet and what’s really next. More as we have it.