The show is set between the events of Star Wars prequel movies namely Attack of the Clones and Revenge of the Sith. The animated spin-off The Clone Wars began airing in 2008, and it had aired for 121 episodes before unexpectedly being halted. The series was put on a break after Disney bought Lucasfilm in 2012. This left a lot of things without a proper ending.

At last year’s San Diego Comic-Con, it was revealed that the show was being revived and it was quite surprising. Well, to be fair it ended unexpected, and it was revived unexpectedly as well. A trailer of the show has also been revealed.

Dave Filoni will be returning as the showrunner for the series. He will take charge of the seventh season of Star Wars The Clone Wars.

Moving on to the cast of the series. We will see a lot of the main cast members returning to voice our favorite characters. Here is the cast for the seventh season of Star Wars The Clone Wars: 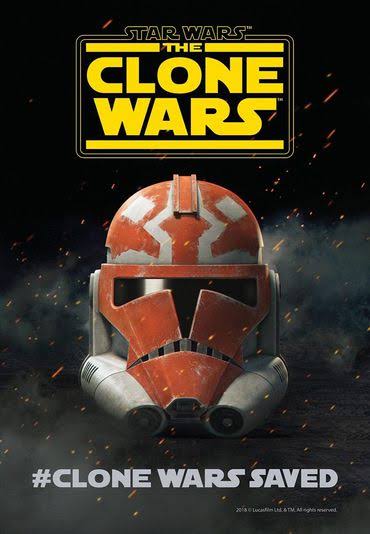 It is expected that Ahmed Best (Gungan Jar Jar Binks) and Sam Witwer (Darth Maul) might also be coming back for the seventh season of the show. Tim Curry is also expected to return; however, the chances of his return are relatively lower than the others.

The seventh season of the show will have 12 episodes. However, there has been no news about the update. According to several reports, the new season will air in late 2019.

The new season is expected to air on Disney’s own streaming service called Disney Plus. The name has not been confirmed yet. The streaming service will be launched in 2019. Disney bought Star Wars for $4 billion back in 2012, and they earned it back pretty quickly.