The Hidden Leaf Village has entered an era of peace and modernity. Tall buildings line the streets, giant screens flash with images, and the Thunder Rail runs through the village, connecting each district. Though, it’s still a ninja village, the number of civilians has increased, and the life of the shinobi is beginning to change.

Boruto Uzumaki, son of Seventh Hokage Naruto Uzumaki, has enrolled in the Ninja Academy to learn the ways of the ninja. The other students are ready to dismiss him as “just the son of the Hokage,” but Boruto’s heart and character blow all their assumptions away. As a series of mysterious events begin to unfold, it’s up to Boruto and his new friends to handle them. Like a gale-force wind, Boruto makes his way into everyone’s hearts; his story is about to begin!

The Anime starts with a fascinating scene: Boruto faces Kawaki, a guy, who claims he killed Naruto and the Shinobi era is over, and who destroyed Konoha. This scene takes place shortly. This is what it makes you watch, but the hype ends as it continues to adapt the story of the movie arc, and to talk about the remaining plot, it is prolonged.

NOTE: Naruto Series must be watched before Bourto.

If you remember how Naruto’s Plot was, Naruto had determination, and he had an aim to be the Hokage and his ninja way. Those things kept you watching the entire series. If you compare it with the Naruto series then, there is no war, no fights, no legacy, as you refer to the term “next-generation” this is what it means, technology, movies, burgers, train. 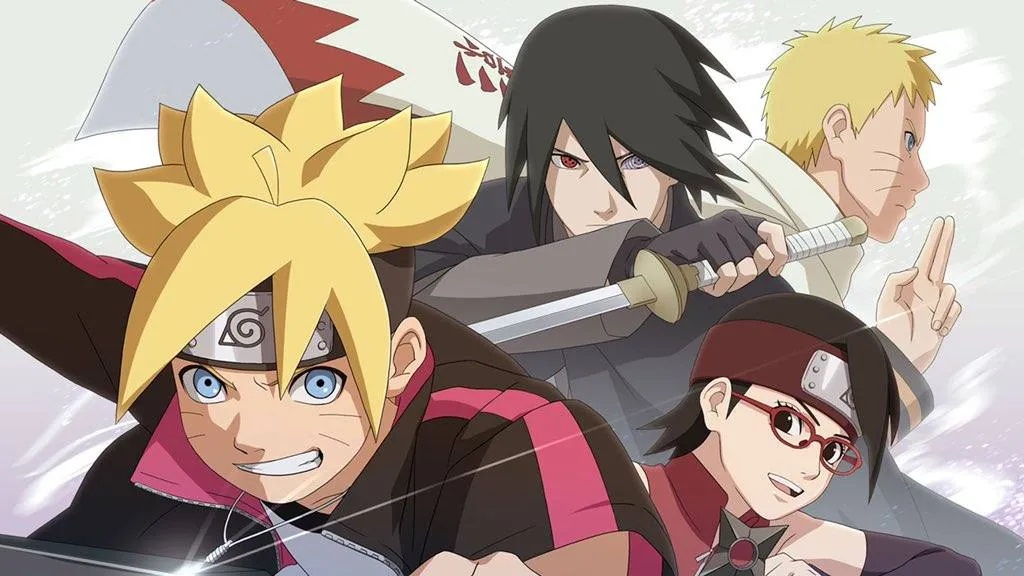 Though I won’t call this show garbage or meaningless because the creators have shown what will happen if there are no wars, no fights, and as I said, this is a next-generation show, things such as wars are already ended by Naruto & others to live a peaceful life, but as the quote says, “The next generation will always surpass the previous one,” shortly in Kawaki’s arcBoruto: Naruto Next Generations Anime Review we may see a badass fight between these two iconic characters, this fight this war won’t be just as level of any jinchuriki it will be the fight among the power of otsutsuki’s.

On the other hand, Animation, sounds, openings, endings, and character development are excellent but slow. So my conclusion will be, “slow and steady wins the race” yeah, maybe the show is slow now, but I think it gradually may hype up after Kawaki’s arc.

Do not worry, Boruto will sure make a comeback! As soon as Kara/Kawaki arc starts, Boruto’s character development will lead to the action.