Code Geass focuses on three world superpowers: The Holy Britannian Empire, The Chinese Federation, and the European Union. Britannia has taken over Japan using its new weapons known as the Knightmare Frame and also stripped all the rights and freedom of the people of Japan. In all this chaos, a high school student Lelouch Lamperouge appears with the power which can control people. Who is he and what’s his reality? Will he be able to take back Japan, if not what’s his goal?

Code Geass is one of the most popular anime of the past decade. The storyline is good, and the plot engages you well, along with intriguing characters who take the story to another level. The story might not be very great, but many anime shows have taken inspiration from this one. It was certainly one of the best in mecha type when it aired. However, Code Geass is one of those anime that has been presented very well. The way a story is presented can change its outlook and the way the viewers perceive it, and this is exactly the case with Code Geass.

The pace of the anime is also well-balanced. In most shows, the first season is just used to lay a foundation for the main story; but Code Geass engages you from the 2nd episode to the 50th episode without wasting a moment. Code Geass also lays a foundation and takes its time, but despite the irrelevancy of the smaller aspects, in the end, they all lay a grand perspective for the main story. So many things happen in season 1 itself and ending it at a cliffhanger makes the viewers all the more curious, and at every point in time, they will make you want to discover or see more. There are also quite a few twists and turns in the story, which keep you on the edge of your seat.

On top of all this, you get many ideologies on the political and the personal front. Lelouch and Suzaku are best friends and also enemies. There are a lot of conflicts in their ideologies. There’s no hero, and there’s no villain, and the show demands you decide with which side you want to sympathize. 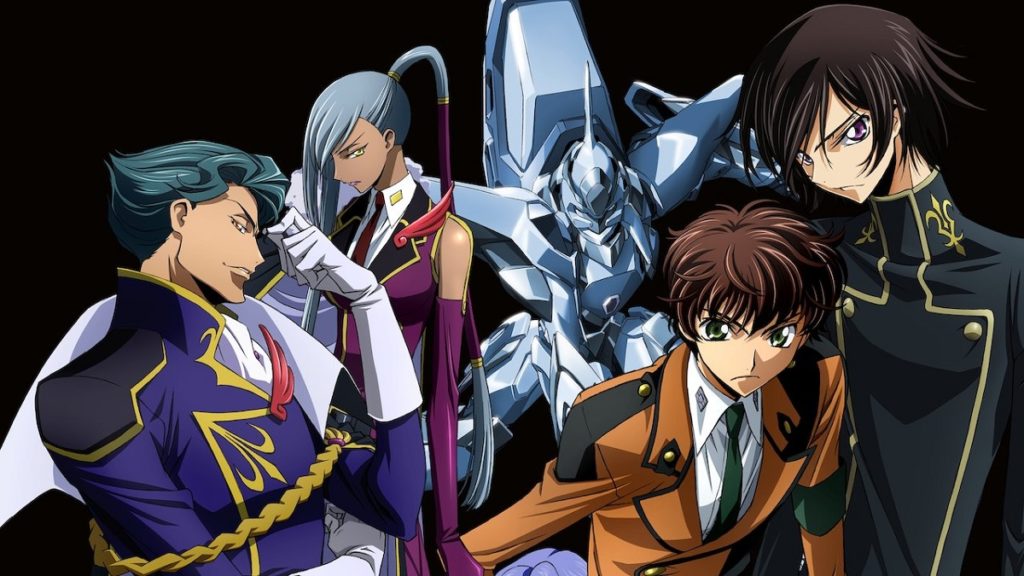 There is a large set of varied characters, some are plain and show no motivation, but some characters are really well written, complex, and life-like. Lelouch Lamperouge is one of the best and most complex characters of the past decade in the anime universe. Lelouch intelligence and strategies are just on another level. Suzaku Kururugi is the other most important character in the series, which is very realistic and expresses emotions like love, hate, anger, which makes him very life-like, unlike Lelouch, who has emotions but refrains from expressing them mostly, but also is what makes his character different and unusual.

C.C. is an intriguing character, but anybody could barely understand her schemes, whatsoever. Besides that, there are many characters like Nunnally and Kallen. Also, female characters have got some personality and have been given some important roles in the story rather than just being there for fanservice.

In the second season of the show, the set of characters increases, although many characters were also sacrificed for the main characters’ character development. Still, the best part of the show is that even not-so-important characters also have some participation in the story and leave their impact, which doesn’t put the show’s burden on just a few characters. Lelouch Lamperouge’s character is certainly likable, but Suzaku’s character has got the best development in the series.

The show’s animation is too good considering a series that aired in 2008, and it still has better animation than many of the recent shows. The fight scenes are choreographed really well, and there are almost no inconsistencies. In the second season also the show maintains its animation standards.

The art style of the show is also nice. A lot of attention has been paid to minute details. The Knightmare frames designs are also outstanding, and sometimes they give off the transformer’s vibes! The Character designs are from CLAMP, which generally makes tall and lanky characters. At first, it looks unusual, but gradually it becomes likable!

Character designs are good, but the thing that catches attention the most is the costume design. This show has some of the best costumes for characters, their personality, and the scene’s setting. Also, the costumes are changed many times, so you don’t get bored seeing them in just one piece of clothing. The costume designs are so good that it just enhances the personality and design of the characters.