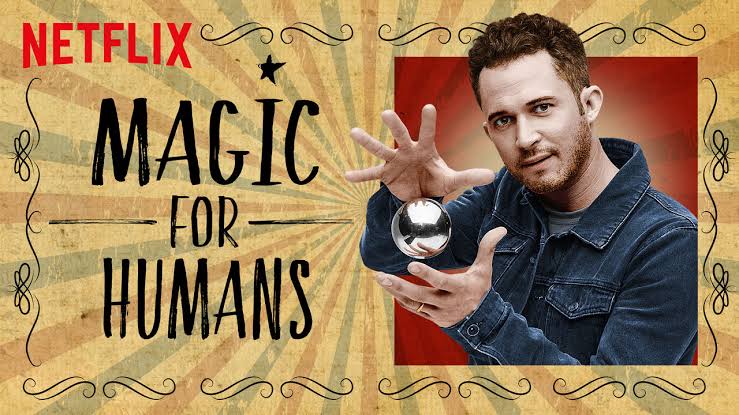 We have brought you the news of the release of the third season of the magic show, ‘Magic for Humans Season 3‘ that lets us witness good-natured magic without the use of any camera for special effects, along with the funny and heartfelt responses from ordinary people.

The series has been directed by Adam Franklin with Tim Heidecker, Dave Kneebone, Eric Wareheim, and Justin Willman as the executive producers, under the production label of Abso Lutely Productions. The cinematography has been done by Eric Bader while the distributor of the show is Netflix. We are going to provide you the details of the premiere of the third season of the series, along with its cast, plot, and other essential things that you need to know.

The show will be presented by Justin Willman for this season as well. I mean, of course, there is no other person who can pull this show off in a manner better than Willman’s. His well-acknowledged achievements as a professional magician have not bounded him to stick to one profession only. He has been seen hosting various other television shows, most of them airing on Food Network, including— ‘Halloween Wars,’ ‘Cupcake Wars,’ and ‘Last Cake Standing.’ Other notable shows were he has served as a host are— Hub Network’s ‘Scrabble Showdown’ and ‘Hubworld,’ besides, Disney’s ‘Win, Lose or Draw.’ As far as his acting career is concerned, he has made an appearance in the Disney sitcom titled, ‘The Suite Life on Deck’ and CBS’s ‘Defenders.’

The third season of Magic for Humans is officially scheduled to release on Netflix on Friday, May 15, 2020, the announcement of which was made on January 16, 2020, when Willman appeared on ‘The Tonight Show Starring Jimmy Fallon’. The first season of the show comprising of six episodes, came out on Netflix on August 17, 2018, while the second season with the same number of episodes was released on December 4, 2019. The third season was earlier estimated to arrive sometime in December 2020; however, we are really surprised to see the early release of the season. The third season is expected to have six episodes as well, with each episode having a runtime of 25 minutes approximately.

For your convenience, we have added the direct attachment of the trailer of the third season of the series. Click on the link provided below, to take a glimpse of what the show is going to bring to you this summer.

The American reality television show, ‘Magic for Humans’ is an unscripted magic show that features the perfectly-executed hand tricks of Willman while traveling across different places in America and surprising the willing participants. The tricks that the magician brings into light includes the most bamboozled tricks like bringing a tarantula to life using a mobile phone to the most eye-popping ones like bringing out his own wife from a backpack. Moreover, Willman sometimes gives away the logic and explanation behind the illusions created by his tricks. The fact that the show brings out such a rare content to the viewers, it is really questionable if someone isn’t interested in the show. Therefore, this series is best for the people who are curious to know about the entanglement of magic tricks and the ways to execute them.