The students are busy watching Tv inside the student council room since Miko does not like school regulation to be broken Fujiwara thinks she will be mad at her behavior with other students. Kobach Osaragi used to be a popular student and Tsubane notice that another boy is jealous of her since in her life there was some guy who stepped in and replaces the jealousy guy.

In Today’s post, we will be looking at Kaguya Sama Love is War Chapter 193 a recap of the last chapter. Osaragi remembers her past after watching a Tv show with another student then she talks with Tsubame about her life. This post might contain spoilers of the upcoming chapter watch out when you continue. 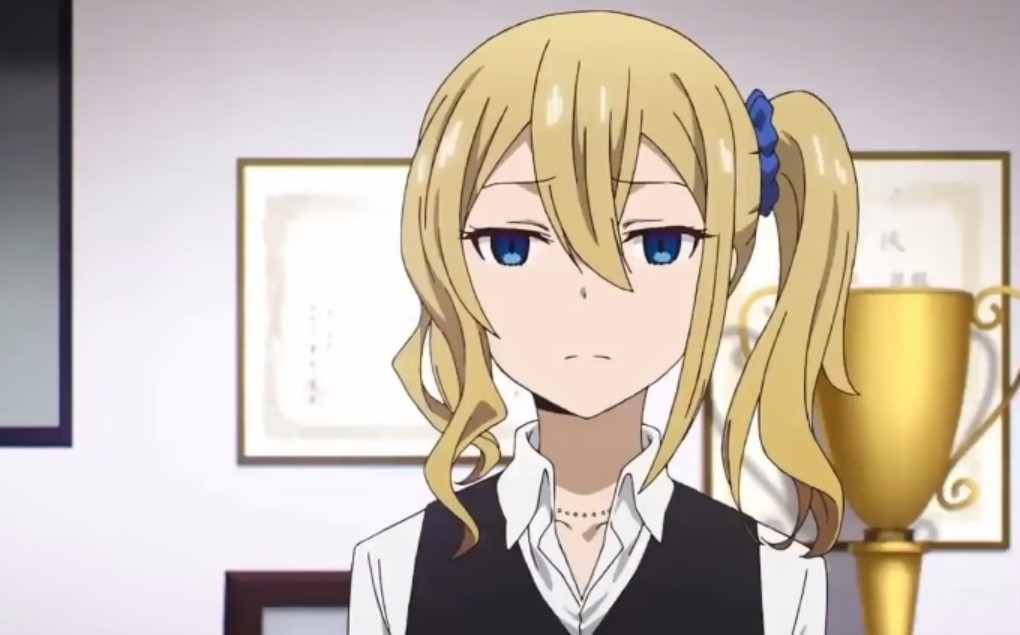 Tsubame asks Osaragi if she is Kobachi Orasi from the rumor who used to be a popular girl who takes all the boy’s attention who was not a camera shy. Osaragi replied that she doesn’t like other girls to call her cute and her appearance is not the same when she was popular. Osaragi also thinks that when others re praising her beauty it is like they are saying she was born with an unfair advantage and that doesn’t make her happy.

Tsubame advises her that when people compliment her personality or style and the way she is she must just say yeah thank you. Tsubame told her to come and see her if she is facing troubles. Ishigami is falling in love with Tsubame and Orasagi wants to clear up some misunderstanding while Kaguya decides to tell Kyo Ootomo the truth. Taubame, Kaguya, and Osaragi talk about how they are going to handle news about their love stories.

Three of them came with a plan on how they are going to carry out the mission. Osaragi went to where Ishigami is she finds him writing something and she was trying to spy on him. Osaragi asks if Ishigami is the one who wrote a letter to Miko, He replied that it happened a long time back while scratching his head and being shy. Osaragi asks that ”Is it because you like Miko” and he said he just wanted her to know that someone is watching her and recognizing her effort.

Ishigami notices that Osaragi is digging too much then he told her he has seen who truly she is. Meanwhile, Ishigami has finished writing his letter and said the world is full of likings, Orasagi ends up telling him that liking someone is not romantic.

Where To Read Kaguya Sama Love is War Chapter 193 Online?