How long has it been since Re:Zero Season 2 has been anticipated for? The show’s first season aired three years ago, and it was easily one of the best shows of the year at that time. Being as popular as it was, fans expected a second season to drop by very soon.

However, that didn’t really happen in the following year, or the year after that. We did get an OVA last year, and that suggested something might be under works, and it seems our hunches were right. Recently, at the Kadokawa booth at Anime Japan 2019, the second season for the popular Isekai anime, from Tappei Nagatsuki and Shinichirou Ootsuka, Re:Zero Kara Hajimeru Isekai Seikatsu was announced. If you had no hope for the show, you should feel better now, because there is going to be a hell lot of stuff to go down in the next season.

We also have confirmation that a bunch of the main characters, like Subaru Natsuki, Emilia, Pack, Rem, Ram, Beatrice, and Roswell L. Mathers. There will also be other important character getting confirmed as we move closer to the next season of the show.

At the same time, a trailer for the next season also dropped and boy is it scary. Just looking at it makes me realize how much I needed Re:Zero in my life again. If you haven’t checked it out yet, go ahead and do so below:

Along with this, a Key Visual for the anime was also released, and it shows us Subaru and Emilia, the main two people in the anime. 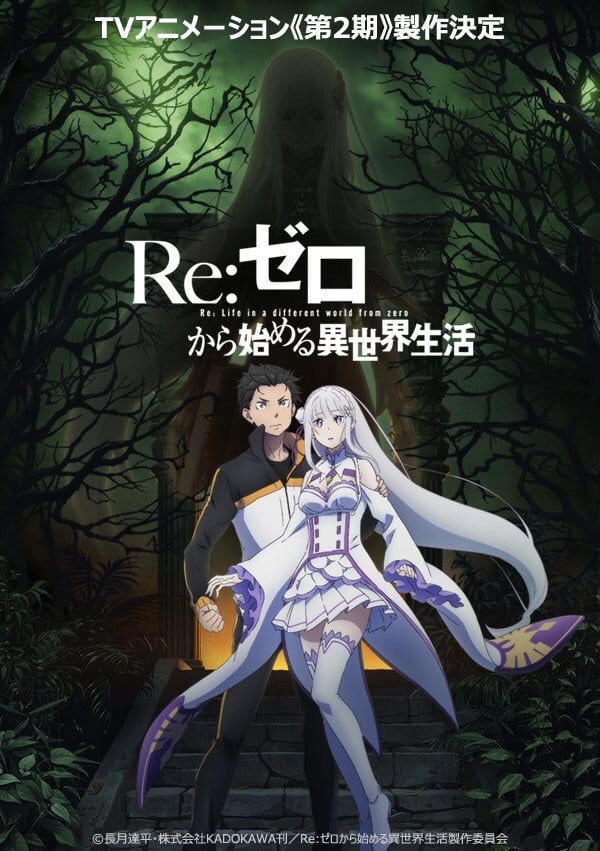 For now, we don’t know when the season will air, but it will likely be around Fall/Winter later this year. That’s just my opinion. It could also return sooner in July, but I think that’s too soon. Hopefully, we’ll find out more stuff soon.